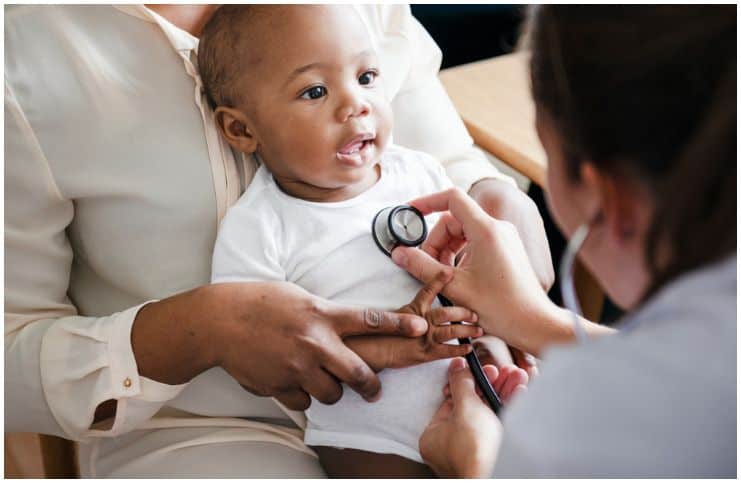 Pediatrics is the branch of medicine that involves the medical care of kids. Pediatricians, also referred to as pediatric doctors, treat ailments and illnesses of infants, children, and adolescents as well as they work with parents to help keep children healthy.

#2 Hippocrates wrote about a few problems relating to pediatric health including cephalhematoma (a hemorrhage found between the periosteum and skull of a newborn baby), asthma, diarrhea, clubfoot, mumps, hydrocephalus, worms, and scrofula (a condition in which the pathogenic bacteria which causes tuberculosis causes symptoms outside the lungs).

#3 In the 1800s, even in the most progressive countries, only two-thirds of kids lived past 5 years old.

#4 In June 1802, the first pediatric hospital is the ”Hôpital des Enfants Malades,” opened in Paris.

#5 In 1854, the Children’s Hospital of Philadelphia is established and becomes America’s 1st children’s hospital.

#6 Dr. Abraham Jacobi (1830–1919), a German pediatrician, is considered to be the father of American pediatrics. In 1861, he established the pediatrics chair at the New York Medical College.

#8 Other renowned early promoters of pediatrics include:

#10 Interestingly, the Georgia Pediatric Society may even have antedated the AAP (American Academy of Pediatrics) and is reputed to be the oldest pediatric society in the United States.

#12 Benjamin McLane Spock was a pediatrician whose book ”Baby and Child Care,” issued in 1946, is probably the best-seller of all time.

#14 In 1969, the American Academy of Pediatrics Committee on Accidental Poisoning issues a paper on “Prevention, Diagnosis, and Treatment of Lead Poisoning in Childhood.”

#15 In 1992, the American Academy of Pediatrics first suggested putting infants to sleep on their sides or backs. This led to a decrease in sudden infant death syndrome.

#16 In the present day, the lowest sudden infant death syndrome is in Japan and the Netherlands.

#18 Responsibilities of a pediatrician include:

#19 The path to becoming a pediatrician begins with earning a bachelor’s degree.

#21 During the residency, doctors work with certified pediatricians and receive more responsibility for treating children and managing medical staff and students.

#22 Successful completion of the residency means that students are eligible to take the certification examination in general pediatrics with the ABP (American Board of Pediatrics).

#23 A pediatrician who aspires to specialize in a sub-field of pediatrics will pursue a fellowship program. Depending on the sub-specialty, training lasts 2 to 3 years.

#25 In the United States, the median annual salary is $193,826. Also, bonuses and benefits will offer added compensation. Therefore, according to the data, a pediatrician’s base salary only represents around 72 percent of her or his yearly earnings.

#26 The highest payment in the pediatrician profession is registered in these metropolitan areas: