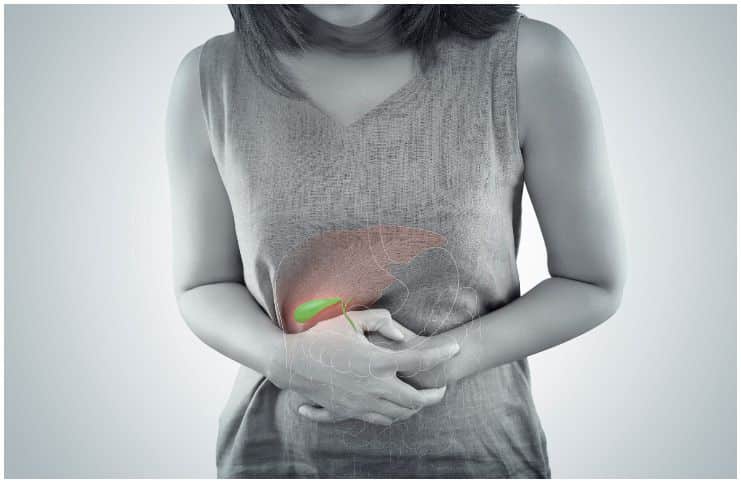 Here Are Top 25 Interesting Facts About The Gallbladder:

#1 The gallbladder is an organ that is part of the human biliary system (which also includes the liver and the pancreas), that is involved in the storage, production, and transportation of bile.

#2 It has the capacity to hold approximately 50 ml of bile, that can be emptied via the cystic duct into the common bile duct.

#3 This pear-shaped, hollow structure is located on the right side of the abdomen and under the liver. It is linked to the biliary system through a bidirectional conduit for bile flow, called the cystic duct.

#4 The inner surface of the gallbladder is lined with mucous-membrane tissue which is comparable to that of the small bowel.

#5 It holds bile that is produced in the liver until it is required for digesting fatty foods in the duodenum of the small bowel. Bile is not an enzyme, however, it does contain bile salts which emulsify large fat droplets.

#6 The organ secretes bile by muscular contractions of its wall in response to both hormonal and neural factors stimulated by food, particularly fatty foods, in the duodenum.

#7 The ability of this organ to stretch allows it to hold large amounts of bile that helps to concentrate the amount of bile released when it is time.

#8 Gallstones are hard masses of pigments, bile salts, and cholesterol which develop within the gallbladder. An estimated 20 percent of American adults may have gallstones, but, only 1 to 3 percent develop symptoms.

#9 Gallstones occur when high levels of bile and fat cause crystals to form. Causes include:

#10 Gallstones typically form in the gallbladder, but they may form anywhere there is bile, like in the hepatic, intrahepatic, and cystic ducts.

#11 They range in size from as large as a golf ball to as small as a grain of sand. There are two types of gallstones:

#12 Gallstones are managed mainly with observation or removal of the gallbladder. Symptoms typically occur as complications develop. The most common symptom is pain in the right upper part of the abdomen. Other symptoms may include:

#13 Gallbladder cancer affects about 4,000 people in the United States every year. According to the American Cancer Society, about 75 percent of sufferers with gallbladder cancer have gallstones when their cancer is diagnosed.

#14 This type of cancer can spread to other parts of the human body. It does not commonly cause symptoms, but, when they occur, signs and symptoms may include:

#15 This cancer may be treated with surgery to remove the gallbladder, called cholecystectomy.

#16 An impacted gallstone may obstruct the ducts which drain the pancreas. This can lead to a condition called gallstone pancreatitis.

#17 It causes a high temperature and severe pain and can require surgery when infection continues. Symptoms include:

#19 Many factors increase the chances of getting cholecystitis, such as:

#20 When the gallbladder is removed, the bile can no longer be stored between meals. Gallbladder surgery is usually performed via laparoscopically. This surgery is not associated with any impairment of digestion in the majority of patients.

#21 It is a chronic disease that slowly damages the bile ducts. Common symptoms may include:

#22 It is a symptomatic functional disorder of the gallbladder whose etiology is unknown. Typically, gallbladder surgery has been used to treat the condition.

#23 A gallbladder polyp is an abnormal growth of tissue with a protruding from the lining of the inside of the gallbladder. The prevalence of these polyps is around 5 percent. Polyps larger than 1/2 inch in diameter are more likely to turn into cancer over time.

SEE ALSO:  Pedialyte vs Gatorade – Which is Better for Preventing Dehydration in Athletes, Adults, or Toddlers?

#25 Biliary sludge is a combination of particulate solids that have precipitated from bile. The presence of sludge in the gallbladder is a 1st step in the formation of gallstones. The main symptom is abdominal pain, particularly on the upper right side under the ribs. Other signs and symptoms can include: