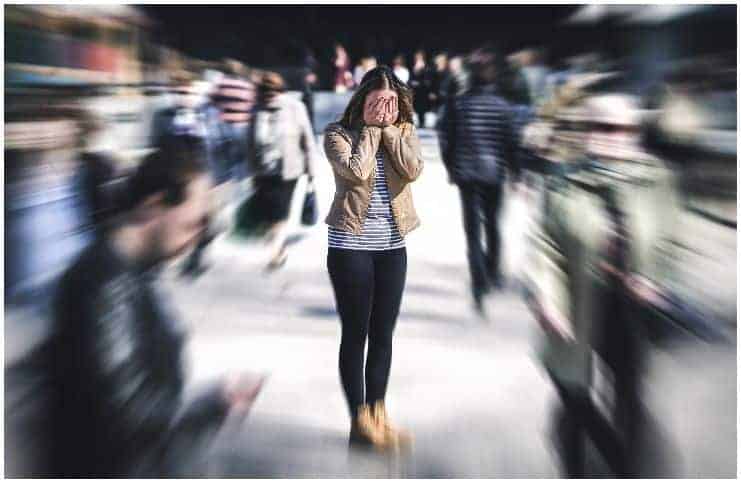 In the US, anxiety has reached epidemic proportions. For instance, in the United States, this condition costs the economy about $43 billion every year.

Furthermore, millions of prescriptions are written for anxiety issues every year. Bellow are two popular drugs.

This drug is known as a benzodiazepine analog but it works similarly with the rest of the benzodiazepine family, namely by targeting the neurotransmitter gamma-aminobutyric acid (GABA), a type of natural tranquilizer which slows down the human body’s fight-or-flight reaction to stress.

Note – in the US, this drug is not legal for sale or production, however, it can be purchased online from countries where it is legally sold, including Italy and Japan. It is also known as Etilaam, Depas, and Sedekopan.

It is typically used for the management of short-term treatment of insomnia (sleeplessness) and anxiety since it is effective for calming down nerves.

For insomnia, the usual recommended dose is 1 to 2mg taken about half an hour before sleep. The daily dose should only be taken for 12 weeks at a time.

For anxiety, the usual recommended dose is 0.5 to 1.0 mg up to 3 times a day. The best of its effects occur half an hour after taking the medication.

This drug is contraindicated in people with:

Similar to other drugs from the benzodiazepine family, Sedekopan has potent sedative characteristics, plus, it may lower inhibitions and negatively affect judgment. Also, individuals who start taking this drug should avoid driving, until they have learned how it affects them.

It is the trade name of the prescription medication called alprazolam, which belongs to a class of medications called benzodiazepines.

The drug acts on the nerves (central nervous system) and brain to produce a calming effect by boosting the effects of GABA, a certain natural chemical in the body.

In the US, this medicine is the single most prescribed psychiatric medication. It was first approved by the Food and Drug Administration in 1981 and is produced by Pfizer, an American pharmaceutical corporation with headquarters in New York City, USA.

It is generally used to treat panic disorder (sudden attacks of extreme fear) and anxiety disorders.

This drug is available in various forms, including a liquid, tablets, extended-release tablets, and disintegrating tablets. It is typically taken 2 to 4 times per day.

Note – it acts quickly in the human body with most of the effects occurring within the first 60 minutes of use. Moreover, an immediate-release drug is released into the bloodstream more quickly than an extended-release drug.

Side Effects And Precautions Of Alprazolam

Do not drink grapefruit juice or eat grapefruit while you are taking this drug.

Do not drink alcohol while you are taking this drug.

It may be habit-forming which may lead to addiction, overdose, or death. Abuse can become an addiction when you:

The same family of drugs includes:

Etizolam vs Xanax – Which Is Better For Anxiety?

Etizolam is a benzodiazepine analog that works like other benzodiazepines, however, it has a slightly different chemical makeup. According to some anecdotal evidence, 1 mg of etizolam is equivalent to 0.5 mg of alprazolam but the first has fewer side effects even after a long-term use.

Xanax is prescribed for the treatment of conditions caused by increased excitability of the central nervous system and excessive activity of neurotransmitters in the brain. It is quite addictive and has plenty of side effects.

Another difference between these two drugs is that etizolam is available over the counter (but not approved for production and sale in the United States), whereas alprazolam requires a prescription for purchase.

Both these medications fall into a category of drugs known as benzodiazepines, that have many side-effects, including:

They are used to fight stress, insomnia, and headaches. In addition, this remedy is effective for general nervousness, indigestion, and may help reduce fever.

This plant is a natural sedative which is best for mild anxiety. It can be used to calm nervousness, plus, it can improve appetite and reduce digestive discomforts in people with a lot of emotional stress.

Valerian, native to North America and Europe, has been used for centuries to treat stress, anxiety, insomnia, and muscle tension. It is thought that these properties come from its content of valeranon and valerenic acid, two plant compounds that help the human body enter into a calm state.

According to the data, people who suffer from mild anxiety benefit from using this plant. These effects occur because St John’s Wort enhances the effects of a chemical in the body, called serotonin.

In small, irregular doses, caffeine reduces LDL cholesterol and stimulates the gallbladder. However, long-term use and bigger doses can negatively affect some of the human body’s systems which are responsible for responding to stress.

The flavone chrysin contained in passionflower reduces anxiety and stress as well as inducing a peaceful sleep.

This medicinal herb reduces stress and anxiety levels due to its menthol content. Moreover, peppermint has the capacity to reduce pain, improve digestion, and eliminate inflammation levels in the body.

Cannabis, also known as marijuana, has potent neuroprotective attributes that help to regulate emotional behavior. Also, it is a natural painkiller and one which many people use frequently to self-medicate.

Jogging or walking can trigger the brain chemicals (endorphins) by boosting the mood. According to studies, about half an hour of moderate physical exercise a day will boost energy levels, relieve tension and stress, and help people sleep considerably better.

This mineral has numerous roles in maintaining a healthy body, especially calming the nervous system. Also, a deficiency in magnesium is a frequent problem in American adults, therefore, a regular consumption of foods high in magnesium is a good anti-anxiety treatment.