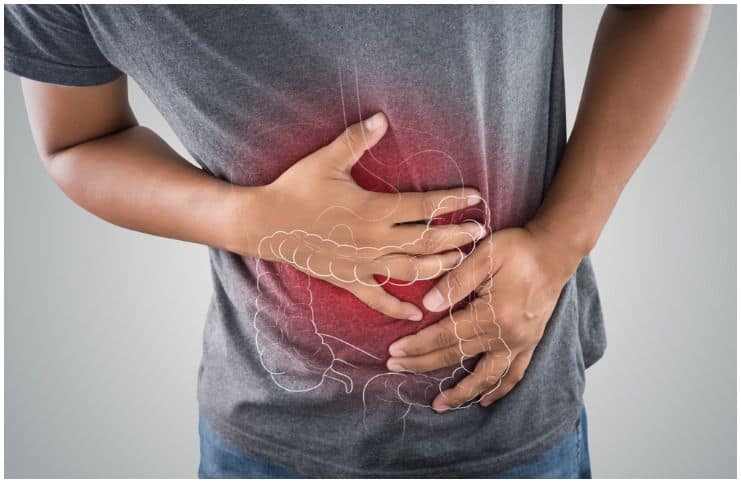 It belongs to the group of medicines called proton pump inhibitors that blocks the proton pump in gastric parietal cells, reducing the overall secretion of gastric acid.

It is also used to treat Zollinger-Ellison syndrome (characterized by gastrin-secreting tumors) as well as in the treatment of peptic ulcers (sores in the lining of the duodenum or stomach).

Children may take this medicine between 20 to 40 mg per day, depending on the severity of their symptoms and their size. Adults commonly use one 40 mg tablet per day for up to two months. If symptoms of gastroesophageal reflux disease continue beyond this point, contact your healthcare provider to determine the best course of action.

Swallow the tablet whole with a glass of water. Do not chew or crush this medicine since it does not work correctly if the tablet is chewed or crushed.

It is used to treat Zollinger-Ellison syndrome, a rare condition where the stomach produces large amounts of acid, considerably more than in reflux disease and ulcers.

This drug may also be used to prevent ulcers caused by medicines, like – non-steroidal anti-inflammatory drugs (ibuprofen, diclofenac, or naproxen).

When combined with antibacterial agents in Helicobacter pylori bacteria eradication, this medicine is well tolerated, plus, it offers the potential advantage of minimal risk of drug interaction.

At high doses and in long-term users (especially in people who are age 50 and older), this medicine may increase the chance of bone fracture in the wrist, hip, or spine. Also, long-term treatment with this drug may make it harder for the human body to absorb the much-needed vitamin B12.

There are no conclusive studies about the use of this medicine by pregnant or breastfeeding women, thus, stay on the safe side and don’t use this medication without your doctor’s approval.

It belongs to a class of drugs with the scientifical name of proton pump inhibitors which work by blocking the production of acid by the stomach. This drug is commonly used to treat gastroesophageal reflux disease (GERD), gastric and duodenal ulcer disease, and Zollinger-Ellison syndrome (which occurs in only 1 in 1 million people).

It is available in both brand and generic versions and without a prescription.

It is used with other medications or alone to treat a condition in which backward flow of acid from the stomach causes injury of the esophagus and heartburn, called GERD (gastroesophageal reflux disease).

This medicine may also be given (along with antibiotics) to get rid of H. pylori, a harmful bacterium found in the stomach that can cause ulcers. The optimal dose for anti-Helicobacter pylori bacteria therapy is 40 mg per day (in 1 or 2 divided doses) for 7, 10 or 14 days in combination with two antibacterial agents.

Furthermore, it can help the healing process where damage has already occurred as well as it can prevent ulcers from forming.

Common side effects include:

It is recommended to stop breastfeeding while using this drug since harmful infant effects have been demonstrated in recent studies involving women who are breastfeeding a baby.

Similar to other proton pump inhibitors, long-term use can cause low levels of magnesium in the blood (symptoms include – nausea, loss of appetite, sleepiness, vomiting, personality changes, weakness, tremors, and muscle spasms).

It may also lead to weak or broken bones because this medicine causes decreased production of stomach acid and the human body needs stomach acid to absorb calcium from foods.

More importantly, it can cause systemic lupus erythematosus and cutaneous lupus erythematosus, autoimmune diseases that most usually affects young to middle-aged adult women. This drug may also increase the incidence of Clostridium difficile, a severe intestinal infection.

Long-term exposure of the liver to this medicine may cause damage to liver cells leading to the inflammation of the liver.

Pantoprazole vs Omeprazole – Which Is Better To Treat Gastric Ulcer?