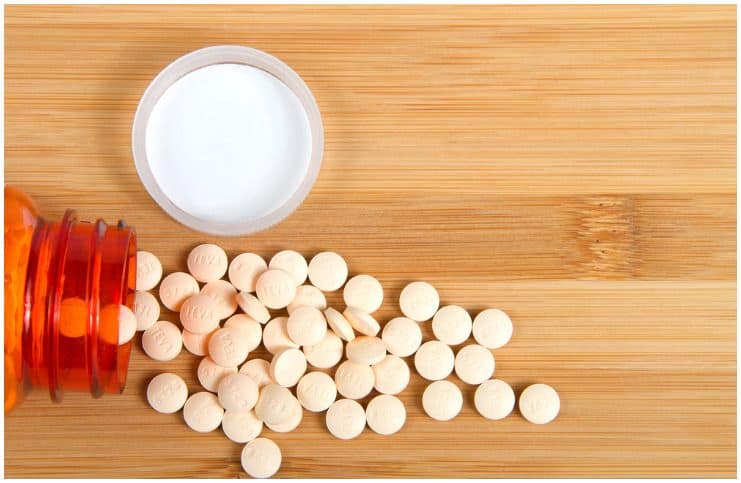 It is a drug that belongs to a class of drugs called H2 (histamine-2) blockers that work by blocking the production of acid by acid-producing cells in the stomach. It can be administered IM, orally, or IV.

It is typically taken 2 to 4 times per day with meals and at bedtime or once per day at bedtime. If you have been prescribed this medicine, take it exactly as your healthcare provider tells you to.

It is generally used to treat GERD (gastroesophageal reflux disease), a condition that occurs when stomach acid backs up into the esophagus. Furthermore, it is used to treat certain conditions that are linked with oversecretion of acid by the stomach (like – systemic mastocytosis, Zollinger-Ellison syndrome, and multiple endocrine adenomas) and to prevent ulcers in certain circumstances.

The prescription form of this medicine is used to treat conditions that cause your stomach to release too much acid, acid reflux, and stomach ulcers. The over-the-counter form of this drug is used to treat indigestion, heartburn, and a sour stomach. Also, it can be given to prevent aspiration pneumonia (caused by bacteria) during anesthesia.

Serious side effects (very rare) may include:

In people with a weak immune system, type 2 diabetes mellitus, or chronic lung disease, the use of this medicine can make them more susceptible to a virus that can cause pneumonia.

Seek emergency medical attention if you have pain spreading to the shoulder or arm, chest pain, and a general ill feeling since gastroesophageal reflux disease can be confused with early signs and symptoms of a heart attack.

It is an acid reducer available as a prescription medication and an over-the-counter drug (brand name –  Zantac) which is commonly used to prevent or relieve heartburn symptoms associated with sour stomach and acid indigestion. It is typically prescribed as tablets to be taken two times per day.

This drug works by reducing the output of stomach acid. This considerably lowers the pH of the digestive system, giving the ulcer in the stomach time to rest and heal.

It is typically used to treat specific throat and stomach problems, like – erosive esophagitis, Zollinger-Ellison syndrome, or gastroesophageal reflux disease. Also, it is used to treat ulcers of the intestines and stomach as well as prevent them from coming back.

Administered before anesthesia, this drug may reduce morbidity and mortality arising from aspiration pneumonitis. Although this medicine is only approved by the US Food and Drug Administration for use in human beings, Zantac can be put into use in canine systems as well.

SEE ALSO:  Sprite vs 7up - Which Is Worse For Upset Stomach? 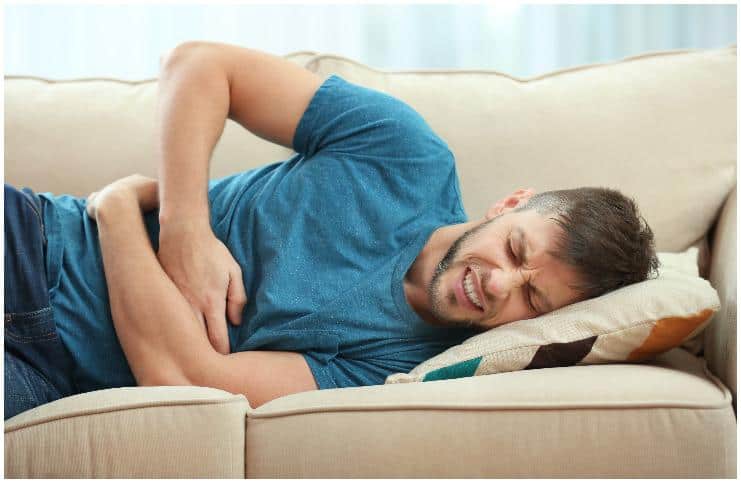 Serious side effects (very rare) may include:

Less than 1 percent of the treated individuals (especially those with complex medical problems and weak immune systems) suffer from pneumonia.

Some recent research concluded that the use of this type of medicines may predispose to necrotizing enterocolitis (NEC), a serious medical condition mainly seen in premature infants.

More importantly, do not drink alcohol or smoke tobacco since these legal drugs can lengthen the time it will take for ulcers to heal completely.

Cimetidine vs Ranitidine – Which Is Better To Treat GERD?

Zantac, unlike Tagamet, does not alter the hepatic metabolism of drugs and has no antiandrogenic effects (a drug that counteracts the male sex hormones).

On a weight basis, Zantac is 4 to 10 times stronger than Tagamet in inhibiting gastric acid secretion. However, an increased potency doesn’t necessarily mean greater clinical efficacy. For instance, according to data, duodenal ulcer healing, at 4, 6, or 8 weeks of therapy, does not differ between these drugs.

Moreover, a higher dose of Zantac has been shown to work better in patients with Zollinger-Ellison syndrome resistant to Tagamet. Also, Zantac is approved for use in children, in contrast with Tagamet.