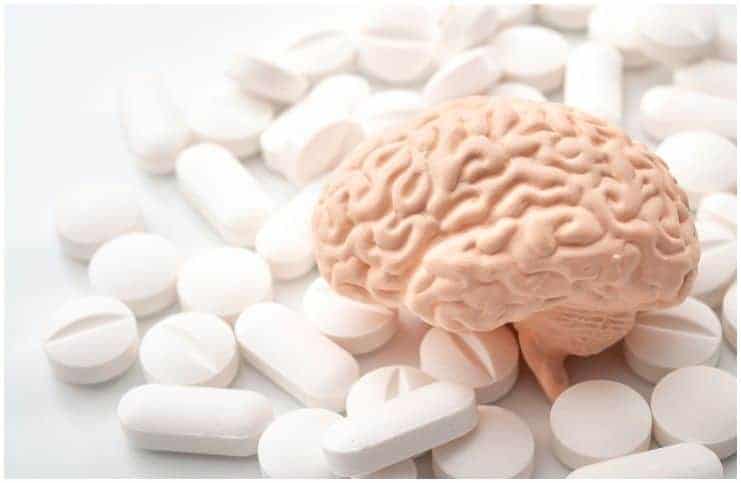 It works by reducing the nerve impulses in the blood vessels and heart. It belongs to a class of drugs called centrally acting alpha2A-adrenergic receptor agonists.

However, unlike other medicines used to treat attention deficit hyperactivity disorder, it is not a stimulant.

It is used to treat attention deficit hyperactivity disorder, as part of a monotherapy or a total treatment plan including educational, psychological, and social measures. Also, it can be used as a complementary treatment alongside stimulant drugs. It is occasionally given together with other blood pressure drugs.

The usual recommended dose for treating ADHD symptoms is 1 to 4 mg a day.

Avoid consuming alcoholic beverages while using this medication because your tolerance to alcohol may be considerably reduced. This may lead to more side effects.

Before you take this medicine, tell your healthcare provider if you have:

This medication contains a combination of amphetamine and dextroamphetamine, nervous system stimulants which affect chemicals in the brain. Therefore, it increases concentration, attention span, and focus.

It has been approved by the Food and Drug Administration to treat attention deficit hyperactivity disorder. ADHD is characterized by cognitive and behavioral symptoms, like -inattention, hyperactivity, impulsivity, and disorganization. If left untreated, this condition may negatively affect sufferers as well as their friends, families, and coworkers.

Moreover, this medicine is used for the treatment of narcolepsy (a sleep disorder characterized by cataplexy, excessive daytime sleepiness, sleep paralysis – inability to move or speak, and hypnagogic hallucinations).

Despite the widespread belief that this medication can improve a person’s capacity to learn, it does not boost thinking ability in individuals who do not have attention deficit hyperactivity disorder.

This medicine comes in varying doses, depending on the size of the sufferer and the severity of symptoms. It is available as an extended-release capsule (Adderall XR) or as a tablet. It comes as tablets of 5mg, 10mg, 20mg, and 30mg.

The usual recommended dosage for attention deficit hyperactivity disorder is 5 or 10 mg each morning. The dose may be adjusted in 5-10 mg increments up to 30 mg a day. It takes approximately 30-45 minutes after taking the medication to feel the effects.

Note – this drug is abused by many young adults and college students. According to the data, somewhere between 20 to 30% of college students regularly abuse this drug. Serious side effects may include:

The American Academy of Pediatrics (AAP) recommends that nursing mothers not to use this drug while nursing since it is passed through breast milk. Also, because it contains dextroamphetamine and amphetamine, it can be habit-forming, especially when higher than prescribed dosages are used or when it is used by an individual who does not have attention deficit hyperactivity disorder.

If you use either iron supplement, multivitamins, or fluoride, this medicine may not work as well.

Both drugs are prescribed for the treatment of ADHA symptoms, however, they function differently as well as they contain different substances.

For instance, guanfacine is not a stimulant and is effective in the short-term (8 to 9 weeks) treatment of attention deficit hyperactivity disorder.

On the other hand, Adderall is a central nervous system stimulant and is used for the extended treatment of ADHD. However, it is physically addictive. Some signs of addiction include:

This condition is diagnosed 2–3 times more frequently in boys than girls. Both adults and children can have it, but symptoms always start during childhood.

More importantly, it is commonly “co-morbid” with other mental conditions, like – anxiety and depressive disorders, conduct disorder, substance abuse, and antisocial behaviors.

Symptoms include impulsivity, inattentiveness, and hyperactivity, however, they differ from patient to patient.

No one knows precisly what causes this brain disorder, but some things are known to play an important role.

Lead is a neurotoxin which has been removed from most schools and homes, however, traces of it are still everywhere. According to data, children with attention deficit hyperactivity disorder tend to have higher blood-lead levels than healthy children.

In utero, smoking exposure may interact negatively with genes to increase the odds of this condition. Furthermore, scientists have found links between the use of marijuana and attention deficit hyperactivity disorder, especially in people who also have other psychological conditions.

According to research, pregnant women who drink alcoholic beverages may have a higher risk of having a child with this condition. Also, this disorder is 5 to 10 times more frequent among adult alcoholics than it is in people without attention deficit hyperactivity disorder.

Cell phones, laptops, TVs, and tablets can be over-stimulating to a child’s nervous system and may increase the risk of ADHD.

Children with ADHD who followed a diet that consisted mainly of rice, fruits, vegetables, and water, experienced a notable improvement in their symptoms.