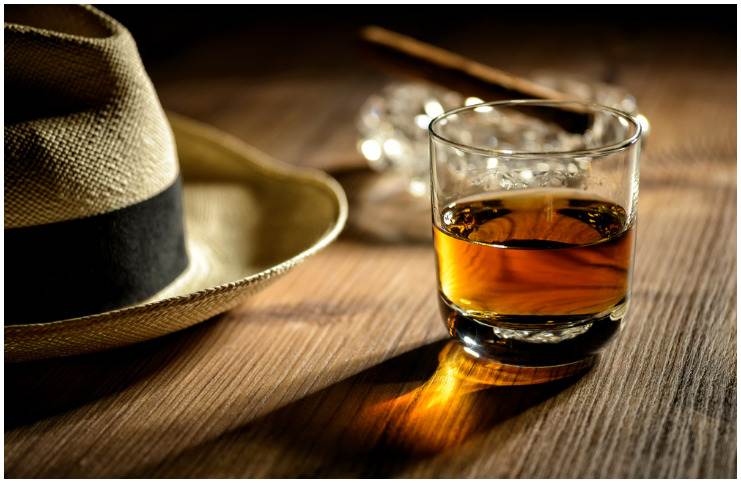 Detoxing from alcohol is typically the first step in the rehabilitation process for individuals with substantial levels of alcohol dependence.

Alcohol detox is important since alcohol is a depressant which your body begins to rely on over the course of months and years of drinking.

An estimated 43 percent of men have engaged in binge drinking, and the duration of abuse can lead to the accumulation of a number of devastating effects on an individual’s life, according to the National Institute on Alcohol Abuse and Alcoholism.

According to NIAAA, alcohol is the 3rd-leading preventable cause of death in the United States, as 89,500 people every year die from an alcohol-related cause.

The Centers for Disease Control and Prevention stated that alcohol consumed in excess was responsible for 10 percent of deaths in working-age adults from 2006-2010.

According to the International Business Times, about 33 percent visits to the emergency room are related to the consumption of alcohol.

According to the NIAAA, approximately 16 million adults in the US in 2013 had an alcohol use disorder.

Signs of alcoholism can include:

The Effects of Alcohol Abuse

Alcohol abuse affects dopamine, one of the brain’s neurotransmitters which is linked to the body’s reward system. In addition, dopamine assists with the body’s sense of attention, cognition, motor coordination, and mood.

Several short-term side effects of alcohol abuse include:

Some potential long-term effects of alcohol abuse include:

Alcohol Use in Pregnancy

Alcohol use can have serious consequences for breastfeeding and expecting women and their babies, including fetal alcohol syndrome (a condition in a child which results from alcohol exposure during the mother’s pregnancy).

The idea that just a little wine or beer is ok during pregnancy is an unfounded myth. If you are pregnant, any amount of alcohol intake is risky, and all types of alcohol can harm your baby.

Even light-to-moderate drinking can cause problems in a baby’s behavior and learning which can last throughout their lifetime. Basically, prenatal alcohol exposure is the main cause of birth defects.

Alcohol detox is defined as the natural process which occurs in the human body as it attempts to rid the system of toxins and waste products from excessive, long-term alcohol intake.

SEE ALSO:  Geodon vs Latuda - Comparison of Side Effects & Uses

Alcohol detoxification symptoms include the following:

DTs is the most severe form of alcohol withdrawal manifested by altered mental status and sympathetic overdrive.

Delirium tremens most often occurs in individuals who drink the equivalent of one pint of liquor per day for a few months. This happens because the brain and the cells of the affected individual begin to change as they grow accustomed to the persistent presence of alcohol and its effects throughout the system.

Common symptoms of DTs include:

Notes – delirium tremens highlights the need for medical oversight to safely detox from alcohol abuse. Symptoms of alcohol detox have been described at least as early as 400 BC by Hippocrates.

How Long Does Alcohol Detox Take?

The length of alcohol detoxification depends on several factors, including the severity of a person’s alcoholism. Basically, the more severe the alcohol abuse is the longer detox takes.

Alcohol detox symptoms can occur as early as 2 hours after your last drink. The majority of people with mild alcohol withdrawal will experience a peak of their symptoms between 12 and 24 hours after they stop the intake of alcohol.

SEE ALSO:  Hydrogen Peroxide vs Rubbing Alcohol - Which Is Better For Cleaning Wounds?

The most severe symptoms typically occur as many as 2 to 3 days after the last drink. The average duration of the symptoms is 24-48 hours.

The irritability, trouble sleeping, confusion, and other symptoms can persist for some time, therefore, it is recommended that these people also continue on with group therapy and 12-step programs to ensure abstinence.

Note – you do not even necessarily have to be an alcoholic to experience alcohol withdrawal.

Alcohol detoxification can be a dangerous process, that is why it is usually best handled by a healthcare professional at a rehab or detox center.

The alcohol detox stage is the first step in treating alcoholism. Ridding the body of alcohol will not cure alcoholism, however, it heals the body and clears the mind so that an individual suffering from alcohol addiction may pursue complete treatment.

Once a person is physically comfortable, treatment will begin to focus on the psychological dependency.