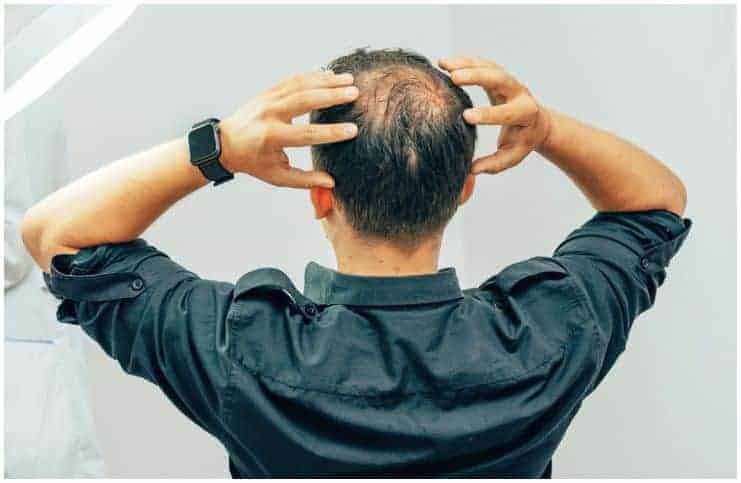 A hair transplant is a procedure in which a dermatological or plastic surgeon moves hair to a bald area of the head.

Doctors have been doing these transplants in the United States since the 1950s, however, techniques have changed a lot in recent years.

Hair restoration procedures are up 60% from 2014, according to recent statistics published by the International Society of Hair Restoration Surgery.

Good candidates for a hair transplant include:

In 2016, Rafael underwent a hair transplant to replenish his thinning hair. It was reported that the former world number one had 4,500 follicles transplanted in the procedure after a local anesthetic and sedation.

In 2011, Ramsay spent 12 hours at a clinic having follicles removed from lush patches of his scalp before they were reinserted where his hairline is thinning. Apparently, the hair transplant cost was around £30,000.

She is a Beauty!!

In August 2016, Joe revealed that he had undergone a hair transplant several years ago. He said:

“With the job I am doing, being on TV, I wanted to look my best, which is probably not the best way of thinking about it. It’s how you feel personally.”

“It was for myself and something that I wanted to do, to make me feel better. I was on TV so that might have had something to do with it.”

”The reason I decided to have it done again is more to do with my own self-confidence. Just for myself, to make myself happy and also to thicken it out a little bit.”

“The first one I had done it was almost as though people didn’t really talk about it. Now after Rooney and everyone else, no one really frowns upon it anymore.”

In 2017, after a combination of stress, genetics and dancing left him balding, the street dancer underwent a £9,000 procedure at a clinic.

“I’m bricking it but this is a lifeline. I want my own hair.”

”It started with genetics my dad hasn’t got the greatest hairline but then everything I do, the stress-related illness, I was diagnosed with alopecia then the head spinning.”

In 2017, the singer has decided to document his attempt to save his hairline.

After his first procedure, Daniels told his fans:

“I’m home now and resting (slightly sore but nothing to moan about and I’m sure it’ll wear off tomorrow).

“Minimal pain during the anesthetic injections beforehand but complete comfort from both the team and the procedure itself.”

Rooney reportedly spent over £30,000 on hair transplants at a Harley Street clinic. However, whilst the transplanted hair still remains, Wayne is experiencing hair loss behind the transplant area in the middle of his head.

He had suffered from hair loss since his early 20s. But, in January 2015, he had three £6,000 procedures to keep hold of his hair. During an interview, Best said:

”There is no doubt this has changed my life. I have been losing my hair since my early 20s. I was keen to get it done before going on Celebrity Big Brother so my hair would look great on the show.”

”Hair transplant technology has improved so much in the last five years and I have been able to keep hold of all my hair and wear it the same way as I did when I was in my teens.”

The actor is believed to have started having treatment for his balding head in 2009 and undergone a total of 3 procedures.

“So, after many agonies and a great amount of thought and believe me it’s something I didn’t take lightly, I took the decision to visit Hair restoration Blackrock [a hair transplant clinic in Dublin].”

He began his career as a lifeguard and semi-pro footballer in Scunthorpe, his hometown, before pursuing his media career. Then, Jake was a competitor on the 11th series of The X Factor. Furthermore, Quickenden worked as a presenter for the British music television channel Chart Show TV.

During an interview, Jake confessed his biggest fear was going bald before he turned 30. He said:

“I was terrified that I’d look like Phil Mitchell. I’ve got a hairline like Dracula with two triangles at the front. It has been in my mind for five years.”

“Even when I was on X Factor it used to take me so long to get ready because I’d think it was showing. I was so paranoid about it, I started buying sprays for my scalp to make it dark so you couldn’t tell.”

“I am delighted with how it has turned out! Swelling and redness will go down after a week and then just get on with day to day life and wait for the results!!”

”I shaved my head and I looked like a peanut M&M, so, unfortunately, I don’t suit a skinhead … anyone got any questions just drop me an inbox… I will take any stick anyone wants to give me as well, because honestly I’m buzzing and couldn’t care less about negative comments!! Peace.”

He is an Irish singer, songwriter, and television presenter who rose to fame in 1998 as a member of the band Westlife.

“The last few years my hairline has been thinning and receding due to my lifestyle and the general stresses we go through in life.”

“It’s been really making me self-conscious and uncomfortable so I decided to do something about it.”

Mcfadden had a procedure that involved a healthcare professional taking hair follicles from the back of his head and moving them to the front.

After the hair transplant, he posted a video of himself, admitting it had taken close to 7 hours to complete. Brian said:

“That’s it I’m all done! I can’t believe it. I thought it was going to be tough but it was quite easy, and it’s just mad to think that the last 3 or 4 years getting stressed about the hair going.”

“We’re now on the road to watching it grow again! It is a strange feeling I have to say, but I’m excited.”