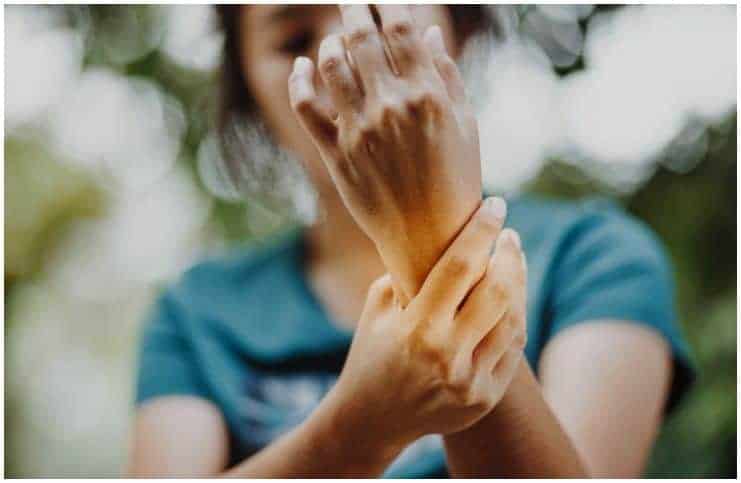 It is the brand name of a drug called ibuprofen which belongs to the class of drugs known as nonsteroidal anti-inflammatory drugs.

It can be found both as an OTC and a prescription medication. The prescription form is used to treat primary dysmenorrhea as well as for the relief of symptoms of rheumatoid arthritis mild to moderate pain. The OTC form is used both to treat minor pains and aches, plus, it can be used to reduce fever.

This medication first approved by the Food and Drug Administration in 1974.

Note – this drug does not cure these types of arthritis.

It is typically used for pain relief, especially for – foot pain, back pain, knee pain, toothache, and headache. In general, it is used for pain relief following a straining a muscle, a medical procedure, as well as pain caused by inflammation of a tendon or bursa.

For fever reduction in children, 6 months up to 2 years of age, the dosage should be adjusted on the basis of the initial temperature level.

The recommended dose is 5 mg/kg if the baseline temperature is less than 102.5ºF. It typically starts working within an hour and should last at least six hours.

Do not give this medication to a child younger than 2 years old without the advice of a healthcare professional. Furthermore, give the least amount of drug required to help the child feel better.

Side Effects And Precautions Of Ibuprofen

SEE ALSO:  Mucinex vs Delsym – Which Is The Better Cough Medicine?

Do not use this medicine if you:

According to clinical trials, the use of this drug posses an elevated risk for serious cardiovascular thrombotic events, stroke (when the blood supply to the brain is interrupted or reduced), and myocardial infarction. These life-threatening risks are higher for individuals who have risk factors for cardiovascular disease or who use this drug for a long time.

A study of pregnant women concluded that women who took any amount of NSAIDs have 2.4 times increased chances to miscarry than women who didn’t use these medicines. Also, using this medication during the last 3 months of pregnancy may harm the unborn baby.

It is the brand name of acetaminophen (also referred as APAP due to its chemical name – acetyl-para-aminophenol) which belongs to a class of painkillers called analgesics (pain relievers) and antipyretics (fever reducers). This drug works by reducing the production of prostaglandins (natural chemicals that cause swelling and inflammation) in the brain.

It is typically used to treat mild to moderate pain that is caused by menstrual periods, headaches, backaches, toothaches, osteoarthritis, or cold/flu pains as well as to reduce fever.

This drug comes as a chewable tablet, tablet, capsule, orally disintegrating tablet, or solution (liquid), extended-release (long-acting) tablet. Use only the number of mg per dose which is recommended for the child’s age and weight. Do not take more than 5 doses of APAP in 24 hours.

Side Effects And Precautions Of Acetaminophen

Combining this medication with alcohol can double the risk of kidney disease, according to a 2013 study done by American Public Health Association.

Motrin vs Tylenol – Which Is Better For Infants?

Motrin (ibuprofen) belongs to a group of medicines known as non-steroidal anti-inflammatory drugs, that work by inhibiting chemicals (prostaglandins) which can cause inflammation in the human body.

Tylenol (acetaminophen) is an over-the-counter and prescription pain reliever, which is considered safe to take, even for small kids. It belongs to a group of medicines called analgesics, that help stop the spread of pain signals (by blocking the enzyme which produces prostaglandins) from the brain to the body.

SEE ALSO:  Robitussin vs Dayquil - Comparison Between Uses & Side Effects

Treating your child’s fever with both these drugs can make the child more comfortable, however, it will not make the infection go away any faster.

Natural Treatments For Fever And Pain

It has natural antibacterial and antiviral properties which help the immune system fight any type of infection. More importantly, it helps the body expel heat, that in turn helps reduce fever.

It is an enzyme found in pineapples which helps the body to fight indigestion, allergic reactions, inflamed connective tissue and muscles, and sinus infections.

One of its main active plant substances is capsaicin, the hot ingredient which makes you sweat, but also promotes rapid blood circulation.

It is one of the most potent spices in the world. Turmeric contains the active ingredient called curcumin which acts similar to many allopathic medications because it has anti-inflammatory effects.