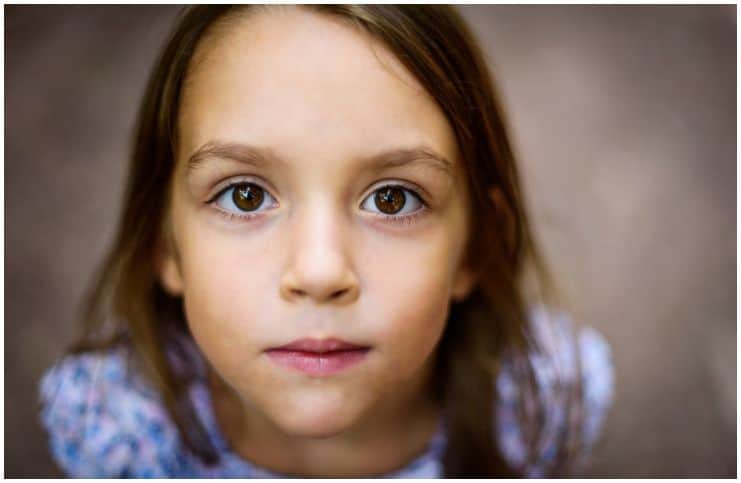 Down syndrome (DS) is a condition in which a child is born with an extra copy of the 21st chromosome.

Children who have this syndrome tend to have certain features and characteristics (like – a short neck and a flat face), plus, they have some degree of intellectual disability. In the present day, the average lifespan of an individual with DS is about 60 years.

An estimated 10 percent of children with DS have other conditions, like attention deficit hyperactivity disorder (ADHD) or autism spectrum disorder (ASD).

In the US, this syndrome occurs in 1 out of every 800 infants with more than 6,000 children born with DS every year. All individuals with DS develop Alzheimer’s disease, the most common form of dementia. The first symptoms might first appear when they are in their mid to late 40s or early 50s.

Though not all people with DS have the same physical characteristics, some of the more common include:

Additionally, individuals with DS may have slow motor development and delayed language development.

In most patients, it occurs when there is an extra copy of chromosome 21. This form of DS is called trisomy 21. The extra chromosome causes serious problems with the way the brain and body develop.

There is one leading risk factor for DS – maternal age. For instance:

SEE ALSO:  Reglan vs Domperidone - Which Is The Best Medication to Increase the Supply of Breast Milk

It can be identified after birth by direct observation and genetic testing or during pregnancy by prenatal screening followed by diagnostic testing.

There are 3 different types of DS:

There is currently no cure for DS, but the treatment focuses on helping the child to develop as good as possible, offering emotional support for the child and parents, and watching for early signs of health problems.

Autism spectrum disorder (ASD) is a complex neurobehavioral condition that covers a large spectrum of skills, symptoms, and levels of impairment. It has more than doubled since 2001, and in the present day, it affects 1 in 189 girls and 1 in 42 boys.

Each child with ASD is likely to have a unique level of severity and pattern of behavior — from low functioning to high functioning.

A child who shows common signs and symptoms of this disorder:

While researchers are still investigating the cause of ASD, it is likely that it has numerous causes involving both our environment and our genes, or a combination of the two. Causes may include:

Mothers who have viral or bacterial infections during pregnancy are more likely to give birth to babies who later develop ASD.

Obese mothers have increased chances to give birth to babies who later develop this disorder.

ASD tends to occur more than expected among people who have certain medical conditions, like – tuberous sclerosis (the growth of numerous noncancerous tumors in numerous parts of the body), fragile X syndrome (a genetic condition which causes intellectual disability), phenylketonuria (inherited condition which increases the levels of phenylalanine in the blood), and congenital rubella syndrome.

According to research, children with ASD have up to 10 times more aluminum in their brains than what is considered normal in adults. Hence, it is thought that aluminum in vaccines may cause ASD.

There is no cure for ASD. Nevertheless, an early diagnosis and targeted intervention can help in reducing the impact of a child’s ASD on his or her functioning considerably.

Note – many parents of children with ASD report that behavior improves notably when their children eat a diet free of the protein casein (dairy products) and gluten.

Down Syndrome vs Autism – Differences

DS is a genetic disorder with physical features and can’t be prevented. On the other hand, ASD has multiple causes with specific behaviors and can be prevented (at least partially). Both are not curable.

2 thoughts on “Down Syndrome vs Autism – Symptoms, Causes, Differences”