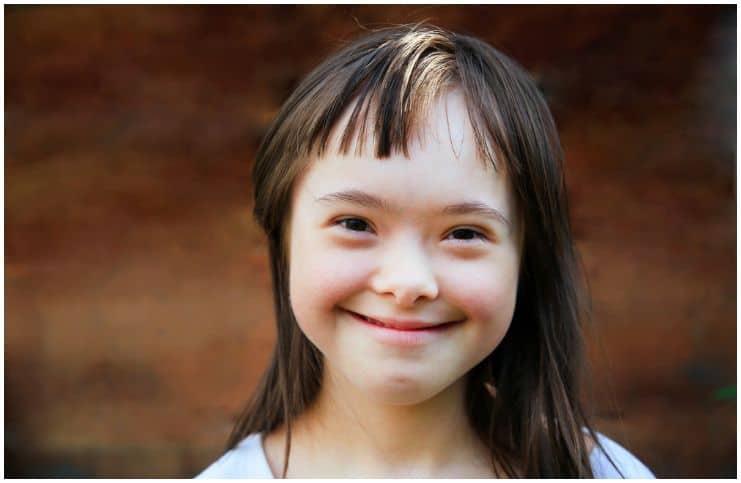 Here are the top interesting facts about Down syndrome:

#1 It is named after John Langdon Down, an English doctor, who was the 1st to classify the common characteristics and traits of patients with this disorder. He had initially referred to the condition as “Mongoloid,”, due to resemblance to the appearance of people from the Mongoloid region.

#2 It is one of the primary clinical causes of cognitive delay worldwide and it is not associated with any nationality, race, socio-economic status, or religion.

#3 One in 700 babies in the United States is born with this condition. That is approximately 6,000 babies with this syndrome born in the US every year, making it the most frequent chromosomal condition.

#4 NDSS reports that about 400,000 patients in the US and 6 million individuals in the world currently have this disorder.

#5 There are 3 types of DS: trisomy 21 (also referred as nondisjunction) accounts for about 95 percent of patients, mosaicism accounts for approximately 1-2 percent, and translocation accounts for 2-3 percent.

#6 Both parents can be carriers of the translocation DS genes, however, the risk of having a 2nd child with this syndrome is between 10 to 15% if the mother carries the genes.

#7 Individuals with trisomy 21 have 47 Chromosomes instead of 46 in each cell. This is the reason of an error in cell division, medically called – nondisjunction.

#8 Translocation occurs when the long arm of chromosome 21 is attached to another chromosome. In fifty percent of the individuals with this type of DS it is a one-off occurrence and does not mean that it will happen again in any future pregnancy.

#9 Mosaicism occurs when the sufferer has a combination of cells. Some individuals have 47 chromosomes (due to the presence of an additional number, 21), while some people have a normal number of chromosomes. No matter which type a patient has, everyone with DS has an extra part of chromosome 21.

#10 DS is commonly caused by an error in cell division, a medical term known as nondisjunction. This alters the course of development and causes the traits associated with this disorder. Children who have DS usually have flat and broad faces, slanting eyes, and flattened nose bridges.

#11 Babies with DS generally start out at average length and weight. As they grow, patients with DS usually fall behind their typical peers.

#12 Developmental delays and learning difficulties are linked with DS, nevertheless, each sufferer is unique and there is a great variability in the severity of signs and symptoms.

#13 DS leads to stunted growth in the child (average height of four feet, eight inches for women and five feet for men). This is observed in 100 percent of the cases that have been evaluated worldwide.

#16 Risk factors which might lead to the conception of a child with DS include a parent with this disorder or advanced maternal age. For instance, at age 30, a woman has about a 1 in 1,000 chance of having a child with this condition. These changes increase to approximately 1 in 400 by age 35, and by age 45 the risk becomes 1 in 35.

#17 Due to the fact that younger women usually have more children, approximately 75-80% of sufferers with DS are born to younger women.

#18 Screening tests for discovering DS are offered to all pregnant women (in the United States) and can be done in the form of an integrated screening test, combined test, cell-free fetal DNA, or quad screen. For every 100 women who screen at high risk for DS, only between 4 and 6 of them will be carrying a baby with this disorder.

#19 Patients with DS are perfectly capable of forming all types of relationships with people they encounter during their lives, be it love, friendship, or a dislike of someone.

#20 Only 5 percent of parents reported feeling embarrassed by their child with DS, according to a recent study.

#21 Thanks to medical advances, individuals with DS have been able to have fuller and longer lives. In the present day, the average life expectancy for individuals with DS is between 50 and 60 years, with a considerable number of people with this condition live into their 60s and beyond.