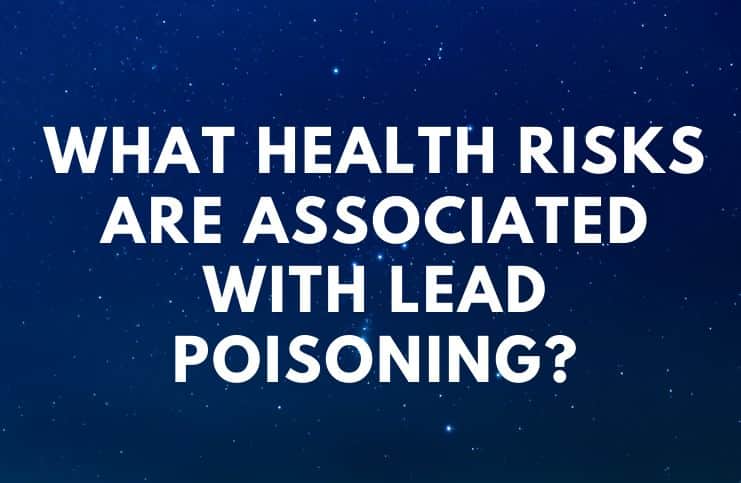 Lead (symbol Pb) belongs to the group of heavy metals and is an element known and used since the dawn of human civilization (exploited for at least 8000 years). It is not an essential nutritional element and is toxic to humans.

Nowadays it continues to be used in a wide range of industries, such as: munition, explosives, batteries, chemical industry or ceramics. Spreading Pb in nature and its varied uses made it a widespread toxic.

In the last 50 years, Pb and pollution with this metal have increased dramatically, as it is shown in the successive structures of Greenland glaciers.

Thus, in the layers corresponding to the industrial revolution (1780) 1g of ice contains 10µg Pb.

Two hundred years later, the concentration of Pb per 1g of ice is 20 times higher (200μg). It is estimated that in the US 1.3 million tons of this metal is being used, releasing about 100,000 tons of Pb in air and water.

There is no known physiological function of Pb in the body. People accumulate it in their tissues and the highest concentration is found in the urban population.

This accumulation is directly correlated with industrialization and the use of leaded petrol. Other sources are: some cosmetics and traditional medicines, certain foods, especially glazed sweets, paints that are still commonly used for interior decoration.

It can enter the drinking water through the corrosion of pipes. This is more likely to happen when the water is slightly acidic.

There is a daily intake of 100-300μg Pb in our body, through food, contaminated air, water, etc., reaching a level of 200mg of Pb, a constant amount found in an adult body.

SEE ALSO:  Phenylephrine vs Pseudoephedrine - Side Effects and Uses

These amounts oscillate between 100-500mg of Pb, depending on its levels found in the environment. In the lead-processing industry, a worker can absorb up to 400μg of Pb during 8 hours (plus the 200-300μg absorbed through food, water, or ambient air).

The lungs absorb 50-70% of the inhaled dose. Gastrointestinal absorption of Pb is 5-10% in adults and up to 40% in children. The skin can absorb only organic compounds (tetraethyl Pb) in amounts sufficient to generate systemic toxicity.

Distribution of this heavy metal in the body is done tricompartmental: blood compartment, bone, and soft tissue. In the blood, 95% of it is found in the red blood cells with a half-life period of 35 days. Bones are the main repository of lead in the body, up to 90% of the Pb quantity.

Depositing and elimination of Pb from the bones are done in-line with a similar calcium process. A diet that is low in calcium, phosphate, selenium, and zinc can favor increased Pb absorption.

Also, iron and vitamin D influence the absorption and elimination of Pb. Elimination is done by kidneys through filtration and tubular secretion, representing the main way of excretion (75%). Secondary routes are phanaers, sweat, and digestive tract. It passes through the placenta and affects the fetus and it is also found in the milk secretion, affecting infants.

What are the side effects of lead poisoning?

Effects of Pb on organs and body systems have been extensively studied over time, so that people can now be aware of its effects on the nervous, cardiovascular, renal, and reproductive systems. One of the most important is blocking the synthesis of heme, decreasing hemoglobin levels, and anemia.

Effects on reproduction: The presence of Pb in the body affects male fertility, according to recent research. The high concentration of Pb can cause sterility because it affects sperm motility.

In women, Pb exposure affects the libido and increases the risk of miscarriage, premature birth or even miscarriage. It enters the placenta and accumulates in the embryo’s tissues, including the brain, and can permanently injure the child. It may also cause delayed growth, learning disabilities, hearing problems, low memory, or aggressiveness.

Effects on vision: research has shown that Pb exposure increases the risk of developing cataracts.

1.People with calcium and iron deficiency

Numerous studies have shown that certain deficiencies in minerals, such as calcium, iron, and zinc, contribute to the increase of Pb absorbed.

During the growing process, they absorb and retain substances, including Pb, much easier. Also, having a lower bone mass, lead accumulates in soft tissues. Due to the fact that development is not finished yet, their organs become more involved in this process, and not the removal of Pb.

Numerous studies have also indicated that the nervous system is very sensitive to Pb, especially in the first 3 years of life. As a result, the repercussions that can occur in children are: loss of appetite, anemia, abdominal pain, constipation, weight loss, fatigue, insomnia, irritability, headaches, mental retardation, slow growth.

The reason is these women often begin to develop osteoporosis, which is a serious and progressive loss of bone mass. This way, Pb accumulated in the bones will again be released into the blood.

What can you do?