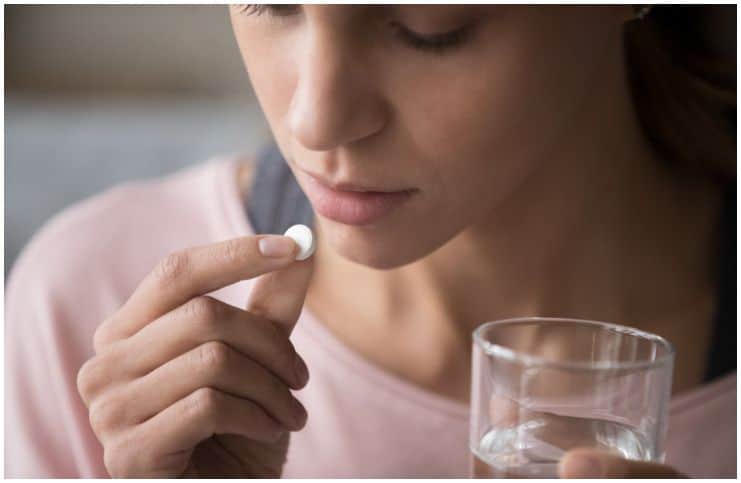 Tylenol is a brand of drugs used for reducing fever, reducing pain, and relieving the symptoms of the common cold, allergies, headache, cough, and influenza.

The active ingredient of this drug is acetaminophen, which belongs to a class of drugs called antipyretics (fever reducers) and analgesics (pain relievers).

Acetaminophen is the most commonly used fever-reducer and pain-reliever worldwide. It is found in more than 100 products.

Acetaminophen works by blocking the brain from releasing substances which cause the feeling of pain. It is used to treat a variety of conditions, including – muscle aches, headaches, backache, arthritis, colds, toothaches, and fevers.

For a healthy adult, the maximum daily recommended dose is no more than 4,000 mg from all sources.

Is Tylenol A Blood Thinner?

Short answer – no. This drug actually belongs to an entirely different category of medications.

Side Effects And Warnings Of Acetaminophen

Intaking meds which contain acetaminophen can have certain side effects, including:

When taking Tylenol, avoid using other meds that contain acetaminophen, or you could have a fatal overdose.

Do not use drugs with acetaminophen if you consume three or more alcoholic drinks per day.

Blood thinner medicines are usually prescribed when an individual is at risk of heart disease or stroke. However, as you have seen, these come with many side effects.

For example, according to a 2011 study, the majority of emergency hospital visits in the United States by the elderly are caused by the overdosing and side-effects of blood thinner medicines. Here is a list of a few natural blood thinners which have additional health benefits for the human body, with no side effects.

Water is perhaps one of the best and least expensive blood thinners. Dehydration can lead to a thickening of the blood, causing it to clump together and form clots. Dehydration is a frequent problem, particularly among people exercising, young children, and patients. Signs and symptoms of dehydration include:

To prevent dehydration, eat foods high in water, like fresh vegetables and fruits, and drink plenty of fluids. Also, if you are on a high-protein diet, drink at least 8 glasses of water per day.

Turmeric is an ancient spice that gives curry dishes a yellow color, but it has also long been used as a folk medicine, especially in India. According to research, the central curative ingredient in turmeric, called curcumin, works on platelets to prevent clots from forming.

This spice is also effective at reducing your total and LDL cholesterol levels. There is abundant evidence linking cholesterol with the hardening of the arteries, which may lead to a heart attack or chest pain.

Vitamin E restricts blood clot formation, however, it appears to be dose-dependent. Additionally, vitamin E oil is useful for boosting the production of collagen, the most abundant protein in the human body which is responsible for maintaining skin elasticity.

Vitamin E can be found at any grocery or drug or store in either capsule or liquid form. Moreover, you can eat vitamin E-rich foods, such as – sunflower seeds, Swiss chard, almonds, spinach, kale, turnip greens, or mustard greens.

The extract from Ginkgo Biloba is available as capsules, liquid extracts, and tablets and is collected from the green leaves of the plant. This extract is known to reduce fibrin content, a protein that is essential in forming blood clots.

Also, this extract has been used as an ADHD natural remedy, natural asthma remedy, and dementia treatment. Moreover, according to a 2009 study, it may help relieve premenstrual syndrome symptoms.

It can lower the levels of LDL and total cholesterol as well as it can contribute to warding off blood clots formation, according to a study published in the International Journal of Clinical and Experimental Medicine.

This can reduce the chance of heart attack and the risk of plaque formation.

Pineapple contains an enzyme, called bromelain, which is used to treat allergies and indigestion. Bromelain also works as a natural blood thinner because it helps in breaking down fibrin.

READ THIS NEXT: Side effects of Dipotassium Phosphate