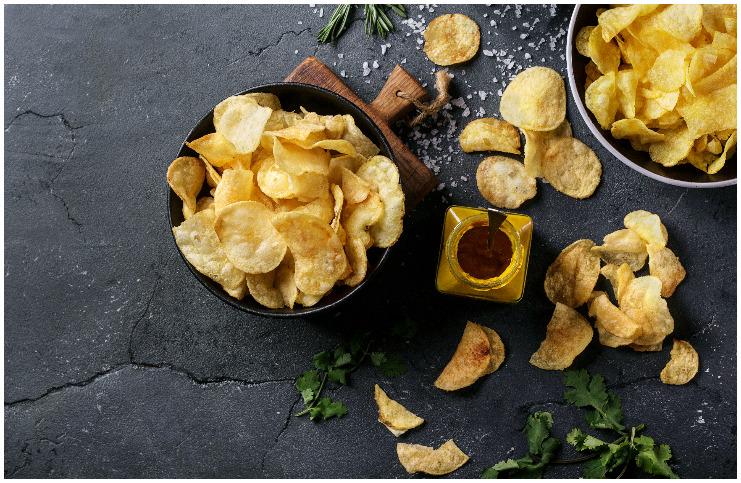 Takis are rolled tortilla chip snacks (similar to the deep-fried taquitos), produced in Mexico and distributed/imported by Barcel USA LLC.

They are commonly a crunchy snack seasoned with lemon powder and coated with salsa.

They come in different flavors with varying heat intensities, including:

Are Takis Chips Bad For You?

Saturated fat is a harmful type of fat and a diet high in saturated fat ultimately leads to a soft, waxy substance, called cholesterol, to build up in the arteries.

This condition is known as arteriosclerosis (also referred to as hardening of the arteries), which can occur in an artery located anywhere in the human body, such as – the legs, heart, and kidneys.

Usually, atherosclerosis produces no signs and symptoms until plaque ruptures, or the blood flow is very restricted, which takes many years (decades) to occur. However, the first signs and symptoms of the hardening of the arteries can start to develop during adolescence.

Also, consuming foods high in saturated fats raises the calorie content of the diet, which increases the chance of becoming obese or overweight – another important risk factor for some types of cancer, back problems, and heart disease.

Some studies suggest that swapping one percent of saturated fat calories from your regular diet for any other macronutrient can add approximately a whole year of aging length onto your telomeres.

These are the caps at the end of a strand of deoxyribonucleic acid (DNA) which protect your chromosomes (a DNA molecule with part or all of the genome), similar to the plastic tips at the end of shoelaces.

Sodium, one of the main ingredients in table salt – about 40%, helps transmit messages between muscle fibers and nerves as well as it regulates blood pressure and flow.

Too much sodium in the regular diet may have the following adverse effects:

SEE ALSO:  What Are The Side Effects of Aspartame (E951)?

This nutritional habit increases notably their risk of hypertension.

Other reported adverse effects of consumption of foods containing monosodium glutamate include – swelling of the skin, skin rashes, and nasal itching, congestion, and sneezing.

Monosodium glutamate is also an excitotoxin, which means that this flavor enhancer overexcites your cells to the point of damage or death, may lead to brain damage, and potentially even worsening or triggering learning disabilities.

Canola oil is a genetically modified product and is a Canadian invention that is backed by Canada’s government. It is cheap to manufacture and you can find it in various processed or packaged foods.

Although canola oil is high in polyunsaturated fats (fat molecules which have more than one unsaturated carbon bond in the molecule), the majority of them have already turned into trans fats or gone rancid.

Moreover, this oil is even more dangerous when hydrogenated (hydrogen is added to it), which is usually found in processed foods.

Note – manufacturers hydrogenate the oil since it prolongs the shelf life of processed foods.

Consuming partially hydrogenated vegetable soybean oil negatively impacts the health of your heart. It is believed that these types of oils may actually be worse than consuming fully hydrogenated oils or saturated fats.

It is a colorless solid that is usually used as an antimicrobial agent in seasonings. It is a salt of acetic acid. Side effects of eating foods with this food additive include – excessive hydration, nausea, dizziness, and sodium overload.