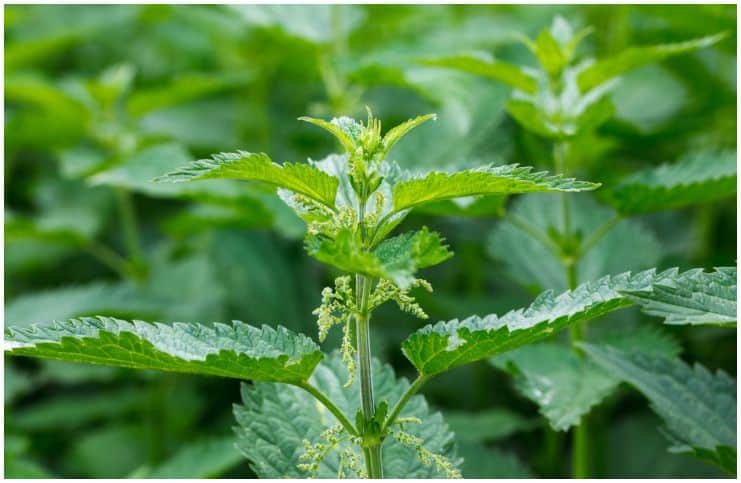 Used for decades by people from rural areas for treating diseases, medicinal weeds are also recommended by modern herbalists today.

Due to the complex substances from the weeds’ composition, these plants are in fact true natural springs of vitamins, minerals, antioxidants, chlorophyll, with beneficial effects on the human body.

List Of Medicinal Weeds & Herbs And Their Health Benefits:

Dandelion is a plant native to Greece and was named Taraxacum Officinale, ie “official remedy for disorders.”

This plant has the power to cure so many diseases that it can successfully replace any modern drug. The whole plant has curative effects due to the compounds found in its petals, stem, and root.

Dandelion is an important source of potassium, sodium, calcium, phosphorus, and iron.

The leaves contain a higher amount of vitamin A than carrots, also vitamins B, C, and D. Recent studies conducted by researchers from the University of Windsor, Canada, prove that dandelion’s root kills cancer cells and has more powerful effects than chemotherapy.

Choose those dandelions that are neither too young nor too old, with a bright yellow flower. Prepare an infusion of two teaspoons of a whole plant (root, stem, and leaves) in a cup of water and drink two cups a day.

It can be prepared as a concentrated decoction as well: boil two teaspoons of herb and a cup of water for 10 minutes. Take four spoons every four hours. Also, the leaves can be used to make fresh salads. Moreover, dandelion is the base of many phytotherapeutic products.

It is contraindicated for people with gallstones and those suffering from peptic ulcer.

Since ancient times, nettle has been used to prevent and treat many diseases. It is an important source of vitamins and minerals, that help to restore a weakened immune system.

Nettle is recommended for patients who have problems with anemia, regardless of the stage of their disease. It is indicated for stimulating biliary, pancreatic and intestinal secretions, and it is also a great diuretic and antihemorrhagic.

Nettle has amazing health benefits, whether it is used internally or externally. Preventive, during spring and autumn, following a four weeks treatment, in which to drink one cup of nettle infusion in the morning, on an empty stomach. It remineralizes and prevents serious diseases, even the onset of cancer.

Externally, nettle is very effective in cases of hair loss and brittle nails.

Not only does it spread a great smell wherever it grows, but it is also a disinfectant for the respiratory tract, a stimulant for bronchial secretions, and an expectorant. It also reduces bloating and helps remove gas from the stomach.

It is recommended for respiratory diseases, gastric and digestive problems, flatulence. Wild mint has proven useful in cases of gout and dropsy (accumulation of fluid in the tissues), and effective as a stimulant for the nervous system.

Use it as an infusion of the aerial parts of the plant, harvested during flowering (one teaspoon in a cup of water). Drink three cups a day, after the main meals.

Arctium lappa, commonly known as burdock, has a diuretic, cleansing, the detoxifying, anti-inflammatory and antioxidant effect on the body.

It protects the liver and can prevent cancer. It reduces the requirements for insulin and helps lower blood sugar levels. Burdock is also indicated in skin diseases, such as acne and seborrheic dermatitis, and it protects the skin from UV rays.

Use it as a decoction of two teaspoons of the chopped root in a cup of water. Simmer for two minutes. Leave it covered for 15 minutes and then decant. Drink two cups a day. As an infusion, use one teaspoon of aerial parts of the plant in a cup of water. Drink three cups a day (morning, noon, and evening).

Externally, use it as a decoction of two tablespoons and a cup of water and apply locally.

Amaranth is a plant rich in vitamins, especially A, K, B1, B3, B5, B6, B17, C, E, riboflavin, folic acid and folate, minerals like calcium, iron, magnesium, phosphorus, potassium, zinc, copper and magnesium.

The nutritional value of amaranth is very high, its leaves, for example, contain 25% more protein and much more lysine than any product obtained from corn or other grains and more methionine than soybeans.

Moreover, it contains large amounts of provitamin A (beta-carotene), a vital compound for millions of malnourished, facing the risk of blindness. It is also rich in polyunsaturated fatty acids (PUFA), especially linoleic acid.

The usable parts of the plant are the seeds and the green tender area. Young leaves are usually used in salads or stew, but in soups as well. Seeds can be eaten fried, as oil or flour. Amaranth flour is gluten-free and can be used for bread or cakes, or even mixed with other types of flour.

Medicinal weed, the fear of farmers and also those who have a small garden, couch grass develops a several meters long underground stem, called rhizome, which contains sugars, inulin, mucilaginous substances, saponins, and oils, with antimicrobial properties, salts of potassium and silicon, salicylic acid, vitamins A and B, all useful substances in the treatment of various diseases.

Dried and chopped rhizomes of couch grass, used as a powder, are very useful in fighting infections, hypertension, and demineralization.

Taken regularly, one pinch before each meal, the powder helps eliminate uric acid in the blood and treat liver diseases. The powder is taken three times a day in milk, water or soup, during spring periods, with a cleansing and tonic effect on the body.

This plant is spread everywhere. It has emollient, depurative and antiscorbutic properties, but it is also an adjuvant in blood clotting and effective in eliminating intestinal worms. Purslane has proven useful in the treatment of cystitis, kidney stones, digestive inflammations, or constipation.

Due to its anti-inflammatory effect, it is recommended in the treatment of various inflammations of the respiratory system.

It is found from May until September, on roadsides and ditches. Due to its astringent properties, knotgrass becomes an ideal remedy with beneficial effects, particularly in digestive problems such as diarrhea.

Herbal medicine uses the roots and aerial parts of the plant for decoction. Drink 2-3 cups of knotgrass tea per day, for the benefit of its toning, remineralizing, diuretic, and antirheumatic qualities.

Externally, knotgrass poultices help heal the wounds, because of the antihemorrhagic effect.

So next time think twice before cleaning your garden of certain ”weeds”!