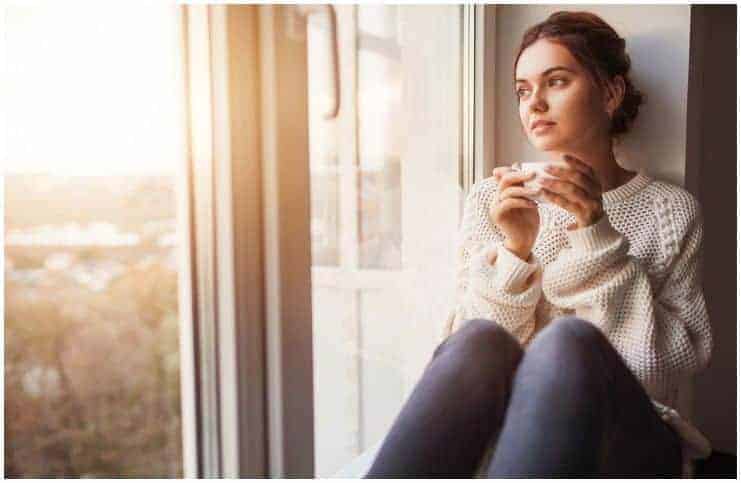 Honeybush, a plant that’s usually found in South Africa, also known as heuningbos in Afrikaans, is a genus of 20 species of flowering plants in the legume family, Fabaceae.

Its scientific name Cyclopia is derived from the Greek words “cyclos” – a circle and “pous” – a food, which hint at the intrusive base of the calyx.

This plant got the name due to its flowers’ smell of honey. The taste of heuningbos tea is similar to that of rooibos but a little sweeter.

According to Kies (1951), the earliest mention of the plant in botanical literature was in 1705. Although it is not clear whether the bush was used for consumption in those days, it can be supposed that the local inhabitants soon realized the beneficial properties of the tea in their search for natural herbs to use in traditional medicine.

The plant is easily recognized by its trifoliolate leaves, single-flowered inflorescences and sweetly scented, bright yellow flowers with prominent grooves on the standard petal, a thrust in (intrusive) calyx base and two bracts fused at the base around the pedicel.

The main constituents of honeybush include a range of minerals needed for good health, such as phosphorus, nitrogen, potassium, calcium, zinc, magnesium, sodium, manganese, iron, and boron.

It is low in tannin (an acid that comes from plants) but has lots of antioxidants, which have demonstrated to be very useful in lowering fats in the bloodstream and hold many cancer-fighting properties.

The tea is full of antioxidants, such as nothofagin and aspalathin, which help neutralize free radicals and prevent cell damage during pregnancy. Also, high concentrations of antioxidants assist your immunity, protect you from the risk of cancer development and have the ability to repair damaged cells.

A 2007 study at the Human Nutrition Research Center on Aging at Tufts University concluded that this tea has potent antioxidants, chemopreventive and immune-modulating actions.

High amounts of manganese content in this tea help strengthen your bones and prevent the risk of osteoporosis, acute joint pain and arthritis during pregnancy.

Manganese is one of several trace elements (including boron and vanadium) that are necessary for bone health. As many as 50% of all women and 25% of men older than 50 will break a bone due to osteoporosis.

The tea has been highly recommended for those suffering from allergies and cold. It also helps in calming down the effects caused by a severe cough and cold. Honeybush’s antibacterial properties keep a range of unhealthy bacteria at bay and strengthen the body to fight off future infections.

Many health care specialists recommend it to those suffering from chest congestion and asthma, as the nutrients of cyclopia cause the phlegm to be expelled from the body.

During a study in 2000 about the herbal teas’ antimutagenic properties, scientists tested extracts of both fermented and unfermented cyclopia and rooibos teas using the Salmonella typhimurium (a pathogenic gram-negative bacteria mainly found in the intestinal lumen).

While the extracts from the tea proved efficient against mutagenesis induced by 2-acetylaminofluorene and aflatoxin B1, they proved far less effective against the direct-acting mutagenic agent’s cumyl hydroperoxide, methanesulfonate, and hydrogen peroxide.

A similar response regarding the protection against mutagenesis was achieved when utilizing different variations of the double layer Salmonella assay.

Phytoestrogens are considered plant-based substances that have identical effects to estrogen. Furthermore, they have been termed ”dietary estrogens” due to the fact that they’re not created by the human endocrine system. There are 2 important main sources of phytoestrogens: isoflavones and lignans.

In addition, these plant-based compounds have been shown to improve a women’s lipid profile to prevent strokes, similar to prescription medications without the adverse side-effects linked with such drugs.

A Good Source Of Flavones

Flavones and flavonols are plant-derived polyphenolic compounds and are not considered to be essential in humans, however, they do have numerous health benefits.

Moreover, they are made by plants as inhibitory substances against herbivores, including nematodes and insects. The antioxidant properties of these plant compounds allow them to demonstrate potential applications as preventive oxidative stress.

A Source Of Xanthones

Xanthones are a group of naturally-produced chemical compounds that are found in some fruits, vegetables, and herbs. In 1855, these plant compounds were first discovered and isolated by a German scientist who was doing medical research on dysentery, a type of intestinal inflammation.

Recent studies have shown that ingesting of these plant compounds can offer good protection against different types of cancer.

This tea has been used in traditional medicine for treating coughs, due to its content of pinotol, which is a modified sugar that is similar to inositol. More importantly, animal studies concluded that his substance was effective in improving glycemic control in mice.

Side Effects of Honeybush Tea

The tea’s benefits involve an increased energy level, but it may also increase the blood pressure and may interact with the effects of some medications. However, these possibilities may arise if consumed in excess.

Special care must be taken before taking any herbal teas, especially in pregnant women. Just avoid excessive consumption and make sure you always consult your physician before introducing it to your diet.