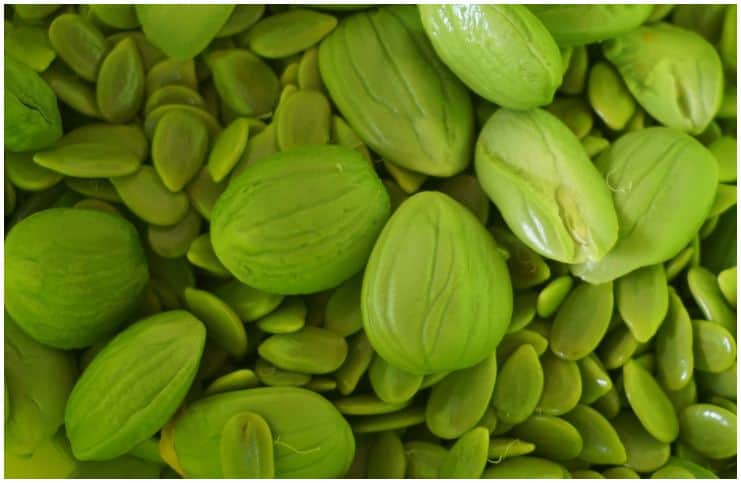 Parkia speciosa (stink bean, petai, bitter bean, stinker or twisted cluster bean) is a plant of the genus Parkia in the family Fabaceae.

It has been used in folk medicine to treat hypertension, diabetes, and kidney problems.

They are best when consumed with other strongly flavored foods such as garlic, chili peppers, dried shrimp or shrimp paste, as in sambal petai.

It bears long, flat edible beans with bright green seeds the size and shape of plump almonds which have a somewhat peculiar smell, similar to (but stronger than) that of the Shiitake mushroom, characterized by some as being similar to natural gas.

When young, the pods are flat because the seeds have not yet developed and they hang like a bunch of lightly twisted ribbons, pale green, almost translucent.

At this stage, they can be eaten raw, fried or pickled. Young tender pods with immature beans can be used whole in stir-fried dishes.

The petai tree can grow to about 30 meters (90 feet). The tree bears flowers in a light-bulb shaped mass at the end of long stalks.

The flowers secrete a nectar that attracts bats and other pollinators. The tiny flowers mature and die.

Long, twisted, translucent pods emerge in a cluster of seven or eight pods. Beans or seeds will reside within the pods when the latter are mature.

Also, a high concentration of tannin (an astringent, polyphenolic biomolecule) was detected in its seed coats and pods compared to other vegetables.

Diabetes is affecting millions of people today and it has become difficult to manage the symptoms of diabetes.

The occurrence of ß-sitosterol, stigmasterol, and stimast-4-en-3-one was reported for the first time and may have a potential for new hypoglycemic agents.

This capacity was relatively very high in the pods and seeds mixture, where the methanolic extract had greater capacities than the aqueous extract for all the three assays.

This difference explains the better capacity of the methanolic extract.

Antioxidant activity was also present in the leaves and seeds of the plant, but with lower activities when compared to the activity in the pod and seed mixtures.

This suggests that the pods retain larger antioxidant content than the other parts of the plant.

There is a study carried out in 2013, which examined the gastroprotective effects of Parkia speciosa against ethanol-induced gastric mucosal injury in rats.

The analysis revealed notable increases in the levels of the antioxidant defense enzymes glutathione (GSH) and superoxide dismutase (SOD) in the gastric mucosal homogenate, whereas that of a lipid peroxidation marker (MDA) was considerably decreased.

In addition, no symptoms of toxicity or death were observed during acute toxicity tests. (4)

Rich In Carbohydrates And Dietary Fiber

Fiber-rich foods add bulk to your diet, making you feel full more quickly and satisfying your appetite for longer.

Did you know that eating extra fiber in our diet slows down the absorption of the carbohydrates in the digestive system?

As a consequence, we will feel full longer and be less likely to overeat throughout the day. 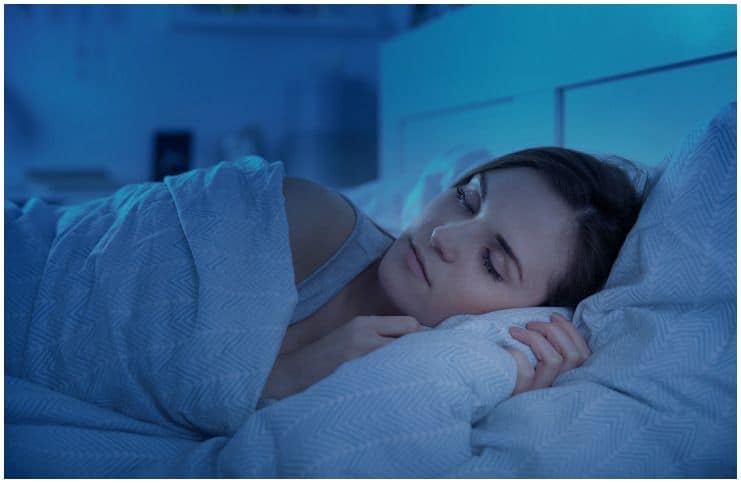 Sleep deprivation or poor sleep quality is a frequent cause of moodiness and irritability. It is estimated that 40 to 50 percent of menopausal women complain about sleep problems.

These beans can improve sleep quality and due to its high content of tryptophan.

Potassium is an essential mineral which you don’t want to run low on for any amount of time. For starters, it is required for maintaining fluid in the body and electrolyte balance.

Morning sickness typically starts around week six of pregnancy and disappears around week twelve, however, different women will have different experiences.

It is frequently one of the first signs of pregnancy.

Approximately 50% of women experience vomiting early in pregnancy and about 70% experience nausea.

Side Effects of Petai

Though the plant has a wide range of beneficial health benefits, it is advisable not to consume it too much at a time, because it can harm the kidneys. The reason is Parkia speciosa contains a lot of amino acids.

Uric acid is produced naturally when your body breaks down the purines. Similar to other legumes, these beans contain moderate levels of purines.

However, soaking the beans reduce uric acid considerably, more than 90 percent. Furthermore, recent studies suggest that the purine content of vegetables and beans does not aggravate the symptoms of gout.