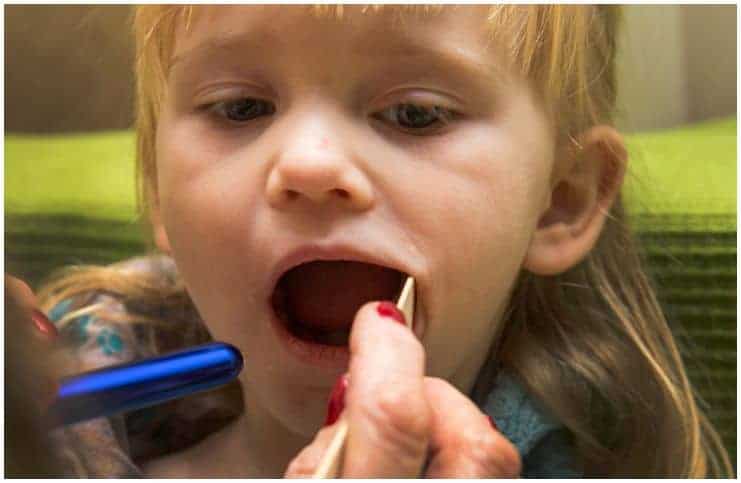 Here are the top interesting facts about scarlet fever (scarlatina):

1 Scarlet fever, also called scarlatina, is a bacterial infection caused by group A Streptococcus bacteria (this bacterium also causes strep throat) that results in fever and a rash.

2 This condition can be transmitted through respiratory droplets or direct contact with saliva, mucus, or the skin of infected people. It mainly affects children between 2 and 10 years of age.

3 Scarlatina can also be caught from carriers – individuals who have Streptococcus bacteria on their skin and in their throat but do not show any signs and symptoms. According to data, 1 in 5 school-age children are thought to be asymptomatic carriers.

4 In the past, scarlatina was a serious childhood illness. Simply hearing the name of this bacterial infection, and knowing that it was present in the community, was sufficient to strike fear into the hearts of people living in Victorian-era Europe and the United States.

5 For instance, in the early 1900s through the 1930s, the number of patients with scarlatina in Wales and England frequently topped 100,000.

6 In the present day, the mortality rates associated with this once feared condition has considerably decreased, mostly because of the introduction and use of antibiotics.

7 Scientists are not entirely sure why cases of scarlatina have decreased while cases of strep throat remain at their old levels. Some consider that the Streptococcus bacteria are getting weaker since infections are becoming less prevalent worldwide.

SEE ALSO:  Valium vs Klonopin - Which Is Better For Sleep & Anxiety?

#9 The rash is the most frequent symptom. It spreads to the neck, ears, inner thighs, elbows, chest, and other parts of the body. The rash usually appears approximately two days after the patient starts feeling ill, however, it can appear up to a week later or before they feel sick.

10 There are other signs and symptoms which come with the infection, including:

Occasionally, the symptoms of are quite mild, and may only include a mild rash, a moderate temperature, and a bit of a sore throat.

11 Scarlatina commonly clears up within seven days, but the skin may peel for up to a month after the other signs and symptoms have passed.

12 When this condition occurs due to a throat infection, the fever usually subsides within four days.

13 Complications as a result of untreated scarlatina include – kidney damage and rheumatic heart disease. Other complications are:

14 There is no evidence to suggest that having this condition during pregnancy will put the unborn baby at risk. Nevertheless, if you are pregnant, tell the midwives and healthcare professionals in charge of your care if you have been in contact with an individual who has this bacterial infection.

15 It is caused by a germ (bacterium) called streptococcus, commonly group A streptococcus. This bacterium which causes it produces a toxin which leads to the red rash and fever.

17 Your healthcare professional will prescribe antibiotics. Amoxicillin and penicillin are the common antibiotics of choice for treating this type of infection.

Additionally, erythromycin or clindamycin are alternative treatments for sufferers unable to take penicillin. Antibiotics don’t cure this condition, however, they will help the patient to get better quicker.

Treatment with antibiotics is also vital to prevent serious complications, like – kidney disease or rheumatic fever.

19 The best method to prevent this infection is to avoid direct contact with anyone who has the condition. If someone has touched an infected person, it is recommended to wash the hands thoroughly with soap and water.

Also, if someone has touched any items that the infected person recently touched (towels, clothes, bedding), then he or she should wash immediately.

SEE ALSO:  No Doz vs Vivarin – Comparison of Uses & Side Effects

20 Children with this bacterial infection should stay home from school for at least 24 hours after starting the treatment with antibiotics.