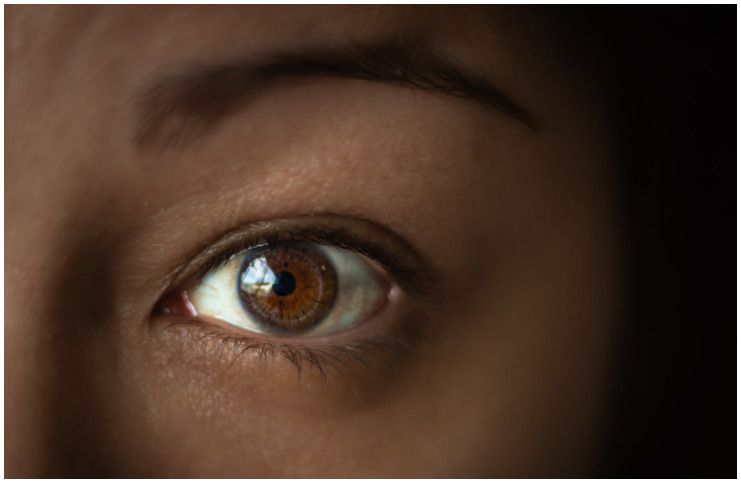 Keratoconus (KC) is a disease characterized by abnormal steepening and thinning of the cornea (the clear, dome-shaped front surface of your eye), resulting in loss of vision.

KC often starts when people are in their late teens to early 20s. KC is estimated to affect 1 in 500 to 2,000 people worldwide. An estimated 1 out of 10 people with the disease have a parent who has it too.

Signs of keratoconus may include:

Note – the disease may progress for 10 to 20 years and then slow in its progression.

The disease is associated with:

Here Is A List Of 10 Famous People With Keratoconus:

Jose Vargas, better known as Angry Joe, is an American YouTuber and media commentator. His YouTube channel has 2.97m+ subscribers and over 883m views.

Joe is notable for his production of The Angry Joe Show, a video game review channel and for his portrayal of the character “Angry Joe.” In addition, Joe was featured in Atop the Fourth Wall and starred in Nostalgia Critic.

In a tweet, Jose Vargas wrote: ” Apparently I have keratoconus which could cause me to go blind slowly over the next buncha years.”

She is a British Paralympic swimmer who is competing in S8 classification events. Stephanie began swimming at age three at Nick’s Swimming School in Longridge, England.

SEE ALSO:  Solosec vs Metronidazole – Comparison of Side Effects & Uses

Stephanie Slater was diagnosed with keratoconus. In addition, she sustained nerve damage in the lower part of her brachial plexus (a group of nerves which come from the spinal cord in the neck and travel down the arm).

In a 2016 tweet, Gramatik wrote – ”This year I wanted to raise awareness for keratoconus, a condition from which I myself suffer from. KC effects 1:2000 people, many who unfortunately can’t afford treatment.”

She is an English television presenter who has been involved in programs like Wide Awake Club and TV-am. In addition, Michaela worked briefly as a singer and released 2 UK hit singles in 1989 and 1990.

During an interview, Michaela Strachan said: “Some mornings I would have to bathe my eyes open and the irritation was so intense that I couldn’t help rubbing my eyes with my fists to relieve the pain… All the rubbing gradually warped my pupils and I developed another condition called keratoconus that means I now have to wear very hard contact lenses to protect my eyes.”

He was an American bobsledder who competed from 1998 until his death in 2017. Steve won the 4-man bobsled event for the US, at the 2010 Winter Olympics in Vancouver.

Steve Holcomb received successful treatment for keratoconus with a procedure called – the C3-R ®. Interestingly, this procedure is now named after Steve Holcomb – “Holcomb C3-R ®” After having his KT treated, Steve won Olympic gold in Vancouver and 2 silver medals in Sochi.

Unfortunately, on May 6, 2017, Steve was found dead in his room at the U.S. Olympic Training Center in Lake Placid, New York.

In a 2018 Instagram post, August Alsina wrote: ”So I have this eye disease. Blind in my left, and losing vision in my right. In order to prevent my eyesight from deteriorating, I had to do this surgery… A lot of things which are so natural to us in life (like waking up and being able to see) we can take it for granted. Thank God the OG for allowing me to see.”

He is one of the organizers of Kerala Adventure Carnival and the founder of an organization called Keratoconus Foundation India, that aims at helping keratoconus patients.

During his teenage years, George Thengummoottil was affected by KC and was blind by the age of 13. Later, George did corneal transplantation (also known as corneal grafting) and could partially recover vision in one of his eyes.

Matthew Colwell, better known by his stage name 360, is an Australian hip-hop artist. On March 22, 2008, Matthew released his debut album called ”What You See Is What You Get” after signing with Soulmate Records.

SEE ALSO:  10 Essential Oils For Swollen Lymph Nodes In The Neck, Armpit, and Behind The Ears

In February 2014, he supported the Australian tour of American rapper Eminem, alongside Kendrick Lamar.

In 2016, Matthew Colwell received a cornea transplant. After the procedure, he said – “I wish I could thank the person who donated their cornea to me. I am now an organ donor and hope that when my time comes, I can help someone in the same way that I have been helped.”

He is an American professional baseball outfielder for the Tampa Bay Rays of Major League Baseball. His major league debut in 2014 made him the 1st Vietnamese-American to play in the MLB since Danny Graves.

In 2008, Tommy Pham was diagnosed with keratoconus.

He is an American singer, actor, and voice artist who became famous for his portrayal of ”Inigo Montoya” in the movie ”The Princess Bride.”

In 1995, Mandy won an Emmy Award for his role on Chicago Hope, a medical drama series. Currently, Patinkin costars with Claire Danes on the Showtime series Homeland.

Mandy Patinkin has keratoconus, and his first question after his diagnosis was “Am I going blind?”