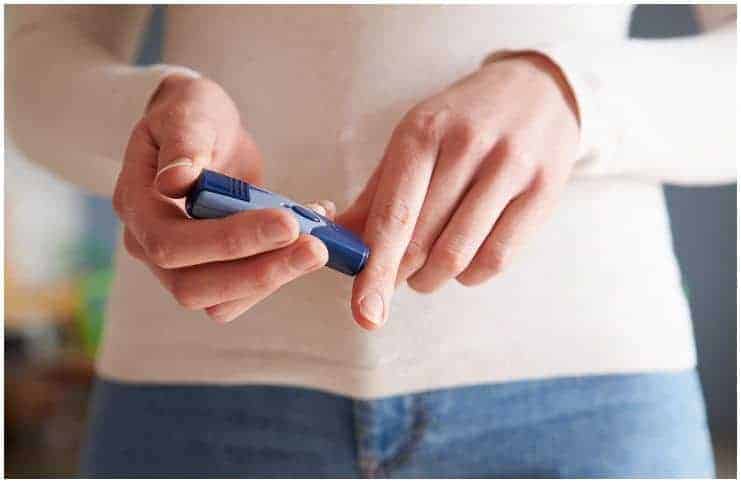 It refers to a group of diseases which affect how the human body uses blood glucose (sugar). There are three main types of diabetes:

It is an autoimmune disease, meaning that your own immune system attacks the insulin-producing cells in the pancreas. Individuals with T1D must use insulin injections to control their blood sugar. Although it can appear at any age, it is usually diagnosed in children, that is the main reason it was previously called juvenile diabetes. About 10% of patients with diabetes are diagnosed with T1D.

It tends to develop more slowly, typically over a period of years. About 90 percent of all patients with diabetes have this type. It was once called non-insulin-dependent diabetes mellitus or adult-onset diabetes mellitus. T2D is usually diagnosed during adulthood, after age 40.

It is diagnosed during pregnancy when the body cannot cope with the extra demand for insulin production resulting in high blood sugar levels. GD can cause the unborn baby to be larger than normal and may put the baby at higher risk of developing hypoglycemia (low blood glucose) immediately after birth. Also, delivery of the baby may be more complicated.

Complications of any type of diabetes include:

Some of the signs and symptoms include:

T1D occurs when the immune system attacks and destroys the insulin-producing beta cells of the pancreas.

T2D occurs when the body’s cells resist the normal effect of insulin, that is to drive sugar in the blood into the inside of the cells.

GD is a temporary form of diabetes in which the body does not produce sufficient amounts of insulin to regulate sugar during pregnancy. Risk factors for GD include:

Patients with T1D require lifelong insulin therapy. Insulin is a hormone released by the pancreas and controls the amount of sugar in the blood. Most need 2 or more injections of insulin per day, with doses adjusted by self-monitoring of blood sugar levels.

In most patients, T2D treatment starts with weight reduction through physical exercise, healthy sleeping habits, and diet. A healthy diet for a person with T2D is:

The medications used for T2D include injections and pills.

GD typically resolves after delivery, however, patients with GD have an increased risk of developing T2D later in life.

It is a rare condition in which the body produces a large amount of urine and the sufferer frequently feels thirsty. This condition is a result of the fact that the body doesn’t produce sufficient antidiuretic hormone.

It has the following 2 main forms:

Nephrogenic DI, described by a decreased capacity to concentrate urine due to resistance to ADH action in the kidney.

Central DI (also referred as pituitary DI, central DI, hypothalamic DI) is described by decreased secretion of antidiuretic hormone. Anyone can get central DI, however, it is not common. Only 1 in every 25,000 individuals gets it.

The main symptom of all cases of DI is polyuria – a frequent urge to pass high volumes of diluted urine. Depending on the severity of DI, urine output can be as much as 20 liters per day. This can lead to dehydration since a healthy adult usually urinates an average of fewer than 3 liters per day.

Symptoms of dehydration include:

Infants and young children who have this condition may have the following symptoms:

Nephrogenic DI involves a problem in the kidneys, and it may be caused by:

Central DI is usually caused by damage to the pituitary gland or hypothalamus as a result of:

Treatment includes drinking plenty of fluids so that the patient does not become dehydrated. In addition, treatment includes modified antidiuretic hormone drugs (usually taken as an injection, pill, or nasal spray).

Occasionally, central DI can be controlled with medicines which stimulate the production of vasopressin, like – carbamazepine, chlorpropamide, thiazide diuretics, and clofibrate. However, if the condition is severe, these medicines are unlikely to relieve the symptoms completely.

Diabetes mellitus is a common disease in which the blood sugar is abnormally elevated. T1D commonly first presents in children or in young adults. T2D is more associated with being overweight and having high LDL and total cholesterol. Usually, it first appears in people over the age of 40.

Diabetes insipidus is described by extreme thirst and the passing of huge amounts of urine. It is caused by insufficient vasopressin (ADH), a hormone produced by the brain which instructs the kidneys to retain water.