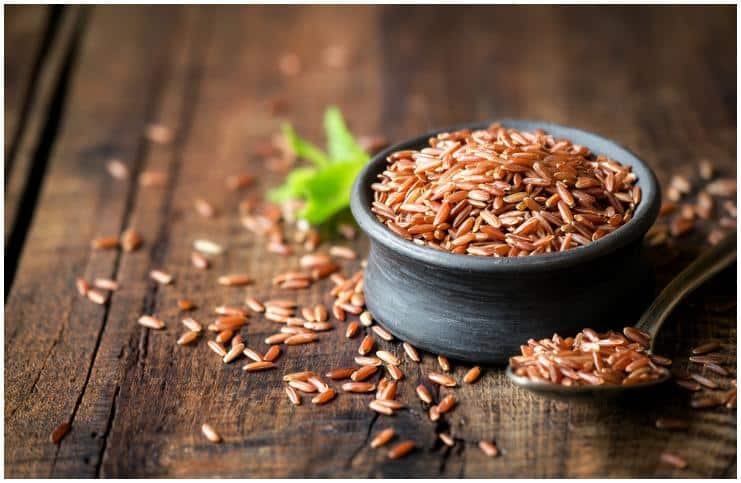 Red rice is a special variety of rice, that derives its rich red color from anthocyanins and has 10 times the antioxidants of brown rice.

This grain is gaining popularity for its nutty texture, unique taste, and powerful nutrient properties that make it a wonderful choice for everyday meals.

Tip – they can all be cooked similarly with brown rice, at about 2 cups of fluids per cup of rice.

Due to the fact that the germ of this type of rice is left intact, it has high nutritional value. 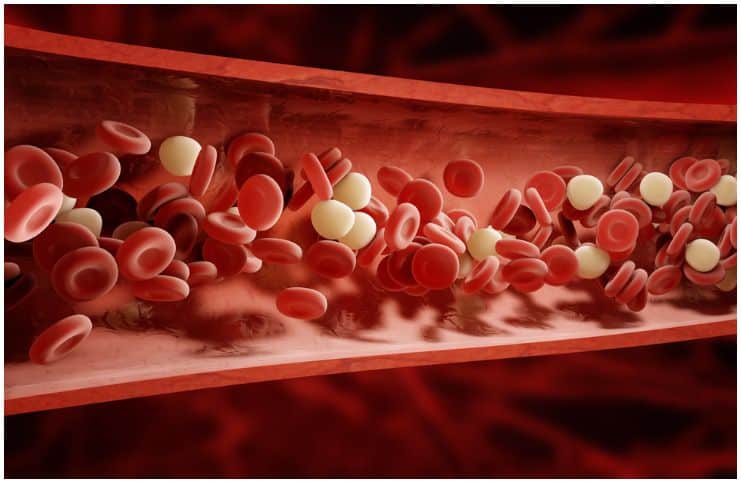 Although many people don’t think of iron as being an important nutrient, you might be surprised to learn that low iron is the most frequent nutritional deficiency in the United States.

This mineral is mainly used for hemoglobin production to make the red blood cells which transport oxygen around your cardiovascular system.

100g of this grain contains 21 percent iron of the recommended daily intake.

Eating whole foods is an easy method to add a layer of “health insurance” to your life.

For instance, a whole grain contains all edible parts of the grain, including the germ, bran, and endosperm – in the original proportions.

A growing body of studies shows that choosing whole grains and other less-processed, higher-quality sources of carbohydrates, and cutting back on refined grains and animal products, improves health in many ways (1). 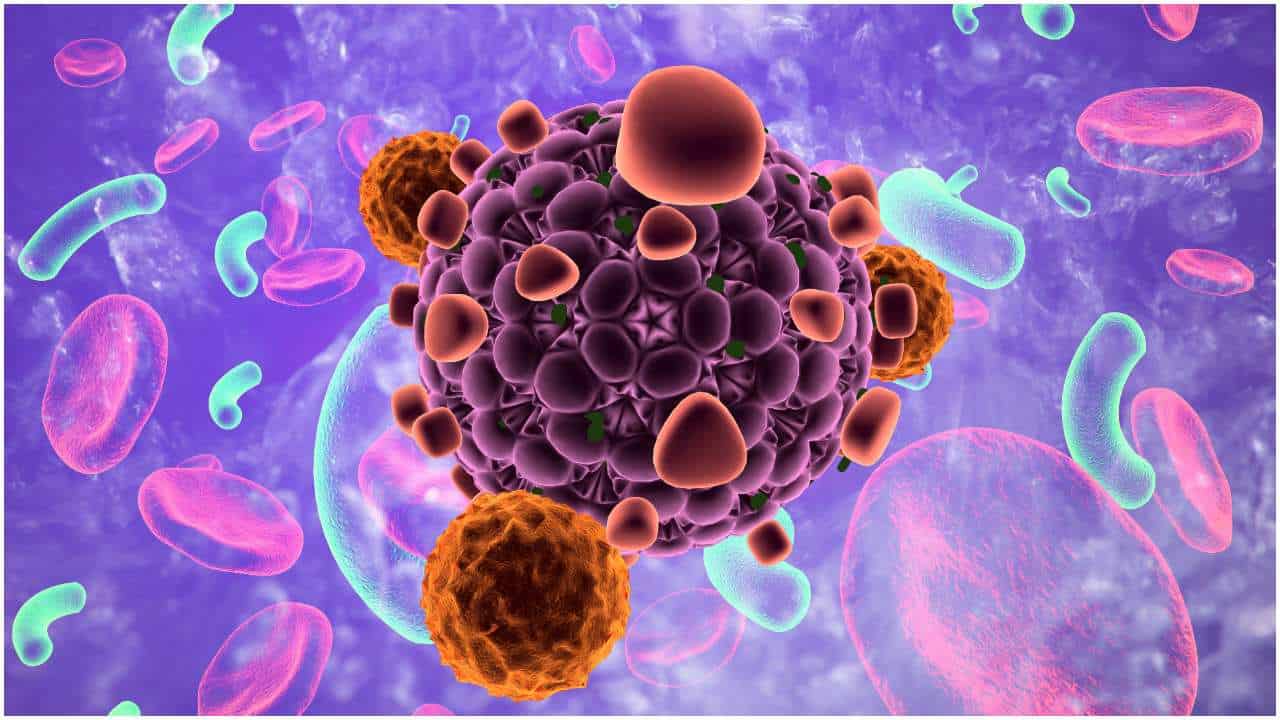 Lignans are a group of chemical substances found in plant-based foods. This grain is an important source of plant lignan that may help fight cancer.

A 2010 meta-analysis of 21 studies by the Division of Cancer Epidemiology, Heidelberg, Germany concluded that high lignan exposure may be linked with a reduced breast cancer risk in postmenopausal women (2).

In addition, daily consumption of plant lignans may reduce the severity of osteoporosis, according to the Linus Pauling Institute (3).

Fiber, which used to be called “roughage,” is only found in foods from plants. Fiber is a type of carbohydrate which helps to keep the digestive systems healthy.

Whole foods contain both insoluble (does not dissolve in water) and soluble (dissolves in water) fiber.

Fiber can help prevent constipation, lower LDL cholesterol, and improve digestion. It also helps to control the appetite, so it’s easier to keep weight in check.

Furthermore, ingesting fiber daily may prevent the development of hemorrhoids and diverticulitis (4). 100g of this grain contains 13 percent fiber of the recommended daily intake.

Anthocyanins, large water-soluble pigments, are a type of flavonoid, a phytonutrient found exclusively in plants.

Studies suggest that these flavonoids may lower blood glucose by improving insulin resistance, increasing secretion of insulin, protecting β-cells, and reducing the digestion of sugars in the small intestine.

According to a 2012 study published in the American Journal of Clinical Nutrition, the scientists established that adults who ingested the most anthocyanins were 15 percent less likely to develop type 2 diabetes Mellitus (5).

Fat is an essential macronutrient, but too much fat (especially saturated and trans fat) is detrimental to health. Fat is also high in calories, and USDA says consuming too many calories causes obesity and weight gain.

Magnesium helps to relax muscles within the digestive tract, including the intestinal wall, that controls your capacity to go to the bathroom.

In 2007, scientists from the Nutritional Epidemiology Program, Tokyo, Japan studied the effects of magnesium in the diet of 3,800 women. Low magnesium intake was connected with considerable increases in the prevalence of constipation (6).

Furthermore, magnesium plays an essential role in over 300 enzymatic reactions within the body including the synthesis of proteins and fatty acids, metabolism of food, and the transmission of nerve impulses.

100g of this grain contains 32 percent magnesium of the recommended daily intake.

Manganese is important for bone health. When combined with the right amounts of zinc, calcium, and copper, this mineral encourages normal bone density, particularly in the legs and spine (7).

100g of this grain contains 130% manganese of the recommended daily intake.

Zinc is found everywhere throughout our bodies – in our tissues, cells, and organs with many health benefits.

For instance, a 2013 study conducted by the Department of Pediatrics, Chandigarh, India concluded that when this mineral was administered within 24 hours of the onset of cold-related symptoms, the duration of symptoms was considerably reduced compared to the control group that didn’t supplement with the mineral (8).

100g of this grain contains 14 percent zinc of the recommended daily intake.

Bring the water (do not use tap water), rice, and salt to a boil in a saucepan. 1 cup of dry rice calls for 3 cups of water.

SEE ALSO:  Black Beans vs Pinto Beans – Which Have A Better Nutritional Profile?

Reduce heat to medium-low, cover, and simmer until the rice is tender and most of the liquid has been absorbed. Remove from heat and let it rest for five minutes.

You can eat it as a side to vegetables salad and/or beans.

Unlike white rice, these types of rice don’t go through the process of polishing and milling. Hence, it retains its amazing treasure of healthful components.

The main difference is that red rice tastes better, contains anthocyanins, and is not genetically modified.

What Is Red Yeast Rice Extract?

RYR, also called Went Yeast, is a traditional Chinese culinary and medicinal product for over 1,000 years. According to them, it improves indigestion and blood circulation.

It is made by a combination of rice and Monascus purpureus (a type of yeast). FDA has stated that RYR products that contain monacolin K cannot be sold legally in the United States as dietary supplements.

Monacolin K, also known as lovastatin, is the first statin drug to be approved by the FDA, and it goes by the brand names of Altocor and Mevacor.

Some studies have shown that RYR can considerably lower levels of total cholesterol, particularly LDL cholesterol.

Side Effects of Red Rice

RYR adverse effects are dose-proportional and include – headache, dizziness, bloating, gas, weakness, or heartburn. There are also many interactions with other drugs and dietary supplements.

In addition, if you have excess rice after cooking, store it in the fridge for no more than 4 to 6 days.

Over time, the moist environment of rice can serve as a breeding ground for a variety of bacteria, molds, and fungi which can grow and produce a toxin that causes vomiting.

CoQ10 is an important element for many daily functions and is needed by every single cell in the human body. There are some concerns that red yeast rice could also alter CoQ10 levels.