In China, jiaogulan (Gynostemma Pentaphyllum) is praised as the “Herb of Immortality,” due to its anti-aging effects and many health-giving qualities.

Referred as ”Southern Ginseng”, it is a member of the Cucurbitaceae family of plants, which includes the watermelon, pumpkin, cucumber, and gourds.

This herb is native to the remote mountainous regions of southwest China, an area well known for the longevity and vitality of its inhabitants, and in the mountains of Korea, Thailand, and elsewhere in Asia.

It can grow up to 20-feet in vine length, if not more, so it does have the potential to act as an invasive species, but as such it’s easy to grow and can be brewed into a tea, just like wild green tea leaves. This plant is the easiest to grow of all the adaptogens.

An adaptogen generates direct energy in a way that is full and balanced in mind and body, and works inherently through the organs, cells, and systems in an intelligent, continuous, enduring and adaptive manner.

Adaptogens have been widely used in all cultures, Tibetan medicine, the Chinese and Ayurvedic traditions, African and Native American medicine.

This plant has a biphasic effect on brain functioning, meaning that it can calm or energize the system depending on what’s needed.

In a study, 300 athletes were tested with Gynostemma Pentaphyllum prior to a competition (with a control group given a placebo). Every athlete of the test group reported increased alertness, endurance and vigor, less nervousness, and quicker reflexes.

In addition, gypenosides have been used for treating hepatitis and cancer in Asia, especially China.

The structure of these compounds is very similar to the panaxosides found in ginseng. For instance, in a study conducted by Dr. Tsunematsu Takemoto, this herb was found to have 82 saponins, compared to 28 found in standard ginseng.

In another study, researchers at China’s Tangdu Hospital think that the gypenosides from this adaptogenic plant may offer some protection from oxidative stress in the brain that leads to Parkinson’s disease. 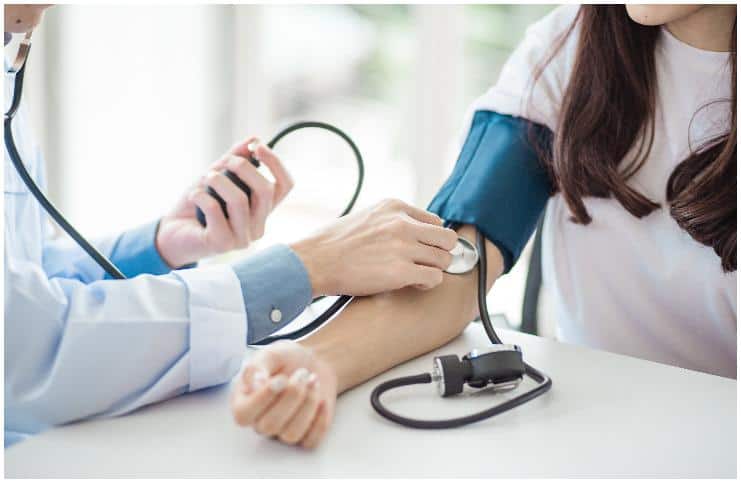 Animal studies, as well as clinical testing on humans, established that Gynostemma Pentaphyllum, when mixed with other herbs, has tremendous beneficial effects on the cardiovascular system such as increasing heart’s capacity, coronary flow, and cardiac output while reducing the heart rate, without affecting arterial pressure. Furthermore, this herb lowers bad cholesterol while raising good cholesterol.

”Southern Ginseng” acts as an antioxidant by stimulating our body to synthesize its own endogenous antioxidants, glutathione (a peptide consisting of three key amino acids that play several vital roles in the body) and superoxide dismutase (an enzyme that helps break down potentially harmful oxygen molecules in cells).

There have been several studies which show that it causes an increase in the performance of T lymphocytes, natural killer cells as also macrophages. This action makes it useful in the prevention and treatment of tumors.

Partially as a result of its high-powered antioxidant effect, this plant has been shown to obstruct the growth of cancer. Additionally, the herb boosts “T” killer cell production, which can help prevent esophagus, prostate, lung, breast, uterus, brain, skin, and kidney cancer.

Although this plant is regarded as an athletic performance booster, you don’t have to be an athlete to experience its benefits. Athletes use this herb to enhance their endurance, as it has been found to enhance the heart pumping function and recovery.

According to Guiyang Medical College, a study on 1,310 healthy persons (many of whom were over 50 years old), Gynostemma Pentaphyllum increased the body’s production of superoxide dismutase, an antioxidant that can actually lengthen a person’s life span.

An estimated 31.5 million people in the US have type 2 diabetes.

A study published in 2010 by the Department of Molecular Surgery & Medicine, Sweden, investigated the antidiabetic effects of Gynostemma pentaphyllum.

The study concluded a prompt improvement of glycemia and insulin sensitivity, and thereby provides a basis for a novel, effective, and safe approach, using Gynostemma pentaphyllum tea, to treat type 2 diabetic patients.

No participants developed low blood sugar, or hypoglycemia, or negative effects involving the liver, kidneys, or digestive system. Another 2008 study on mice established that the ”Southern Ginseng” may help regulate blood sugar by altering activity in certain liver enzymes.

The plant has also demonstrated an ability to support the immune system when under the siege of various destructive agents.

Some experts recommend treating this herb similarly to high-quality green tea, but in essence, preparation of this tea is easy and no different than making ordinary tea. Simply place a tea bag in a cup and pour hot water over it.

Then drink and enjoy after steeping for about five minutes. Tip – the more bubbles you see in your cup, the stronger the tea’s healing qualities.

Side effects of Jiaogulan tea

It is recommended that breastfeeding and pregnant women do not ingest Gynostemma pentaphyllum, due to unavailability of sufficient data regarding its safety in such cases. Excessive intake may cause upset nausea and stomach.

In addition, individuals who are scheduled to undergo surgery, should stop using the plant at least 2 weeks prior to the procedure in order to avoid any risk of over-bleeding.

Jiaogulan tea has a number of enhancement properties that make it useful for most people in their daily regimen.