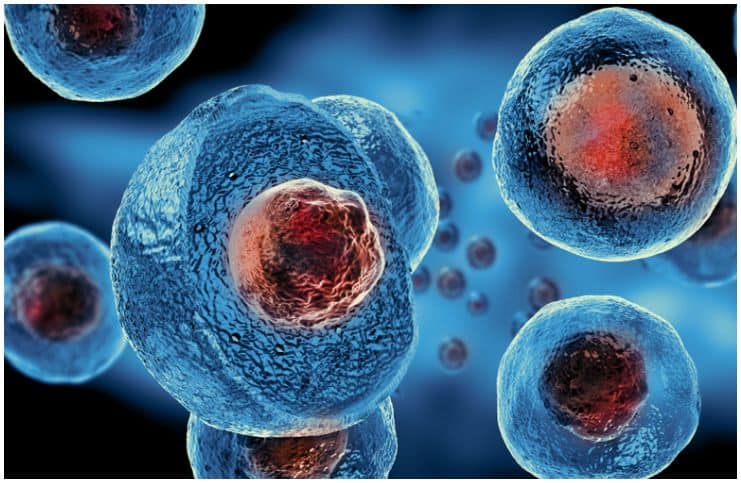 A somatic cell is any cell that makes up an organism, with the exception of a reproductive cell. The word ”somatic” is derived from the Greek word ”soma” that means ”body.”

Basically, these cells are found pretty much everywhere in the human body as they are the cells which replace old ones, repair damage, as well as contribute to development and growth.

A blood cell, also known as a hematopoietic cell or hemocyte, is a cell that is produced through hematopoiesis. It is found mainly in the blood. Main types of blood cells include:

Platelets, also referred to as thrombocytes, are colorless, nonnucleated blood components which are essential in the formation of blood clots. They are found only in the blood of mammals.

They help the blood clotting process by gathering at the site of an injury or a wound, attaching to the lining of the injured blood vessel, and creating a base on which blood coagulation can happen.

White blood cells, also referred to as leukocytes, are a cellular component of the blood which lack hemoglobin.

Furthermore, they have a nucleus and can defend the human body against disease and infection by destroying infectious agents and cancer cells, by ingesting cellular debris and foreign materials, or by producing antibodies.

Types of white blood cells include:

They account for about 43% of the blood. Every second, 4 million new red blood cells are produced in the human body. Unlike other cells of the human body, mature erythrocytes do not contain mitochondria, nucleus, or ribosomes.

These cells remove carbon dioxide from the body, carrying it to the lungs to be exhaled. Hemoglobin is the protein inside erythrocytes which transports oxygen. Hemoglobin is made up of 4 protein molecules which are connected together.

A muscle cell, also referred to as a myocyte, is a specialized cell that can shorten its length using several motor proteins specially arranged within the cell.

There are a few specialized forms of muscle cells, including cardiac, skeletal, and smooth muscle cells, with various properties.

There are special types of cells which are found only in the bone. They include 4 types of bone cells:

They protect the bone from chemicals in the blood which dissolves crystals (like – pyrophosphate). Furthermore, they are responsible for the immediate release of calcium from the bone if the blood calcium is too low. Also, these bone cells are former osteoblasts that have become flat and line the entire surface of the bone.

They sense mechanical strain on the bone and can secrete growth factors to stimulate the osteoblasts or activate the lining cells. They have long branches that allow them to contact each other as well as the lining cells on the bone surface. These are actually the bone cells which live inside the bone.

These cells are derived from marrow stromal cells by differentiation of pre-osteoblasts. They are cuboidal mononuclear bone cells 15 to 30 µm in length, that form a contiguous monolayer over the surface of the bone.

They are a large multinucleate giant bone cell which is attached to the bone surface. An osteoclast has 15 to 20 nuclei and may measure a few hundreds of micrometers across. Moreover, osteoclasts are equipped with phagocytic-like mechanisms similar to circulating macrophages.

Neurons are nerve cells whose main function is to transmit signals from the body to the brain via chemical and electrical signaling.

It is estimated that there are over 86 billion neurons in the brain. To reach this target, an unborn baby must create approximately 250,000 nerve cells per minute.

A typical nerve cell has:

Gametes, also known as sex cells, are an organism’s reproductive cells. They are produced in the gonads. In males, this is called spermatogenesis, while in females, it is called oogenesis.

The female gamete is called an egg. It is not made to move and is much larger than the sperm. Once the egg is released from the ovary during ovulation, it goes into the fallopian tube.

The male gamete is called sperm. It has a long tail, flagellum, which allows it to move towards the female egg. It can melt the surface of the female egg by releasing enzymes to dissolve the outer membrane of the egg. It is much smaller than the female egg and very mobile.

Gametes are reproductive cells which unite during sexual reproduction to form a new cell called a zygote. Somatic cells are any cell in the human body which is not germ cells (cells that go on to become gametes), gametes (egg or sperm), or stem cells.