Malar rash, also known as butterfly rash, is described as a skin irritation which extends across the face in a butterfly appearance. The main and most obvious feature of the malar rash is that it will cover both cheeks and will be connected in the middle across the bridge of the nose.

The rash is typically transient (this means that it flares up and then goes into periods of remission), lasting from days to several weeks, linked with occasional symptoms of pruritus (an unpleasant sensation which provokes the desire to scratch) and pain.

Butterfly rash is the characteristic skin lesion of systemic lupus erythematosus and may occur after exposure to the sun or spontaneously. An estimated fifty percent of all lupus suferrers experience this rash.

Lupus is an autoimmune disease that causes swelling and a wide variety of symptoms. Over 1.6 million people in the US and approximately 5 million people worldwide have the disease.

This autoimmune disease is most common in women of childbearing age, however, it can also affect individuals of other ages. The most common symptoms of lupus include:

The butterfly rash is usually caused by lupus.

Along with inflammation in other organs, the malar rash can be worsened or precipitated by exposure to sunlight.

Make sure to use a sun cream that can protect you from ultraviolet rays whenever you go out. Furthermore, find other ways to cover your skin, including – using sunglasses and scarves since one of the symptoms of lupus is photosensitivity and this extends to the butterfly rash – the longer you expose yourself to sunlight, the bigger the chance for the malar rash to emerge.

It is a chronic disease which is characterized by cyclical flare-ups of pimples and redness around the face. It can also occur in other areas, like – your chest, neck, and ears.

Individuals from 30 to 60 years old are most frequently affected. Also, females are more often affected than males. In addition, it is more common in people with fair skin mostly of eastern European descent (usually English, Celtic, and Scottish).

Common symptoms include the following:

Note – worsening of rosacea may be prevented by avoiding alcoholic beverages, certain foods, hot beverages, as well as extremes of temperature, exposure to sunlight, and the use of cosmetics.

Some of the complications include:

While there is no definitive cause for this skin condition, most doctors consider that it is a result of environmental and genetic factors, including:

Anyone can develop the condition, however, you may be more prone to it if you: 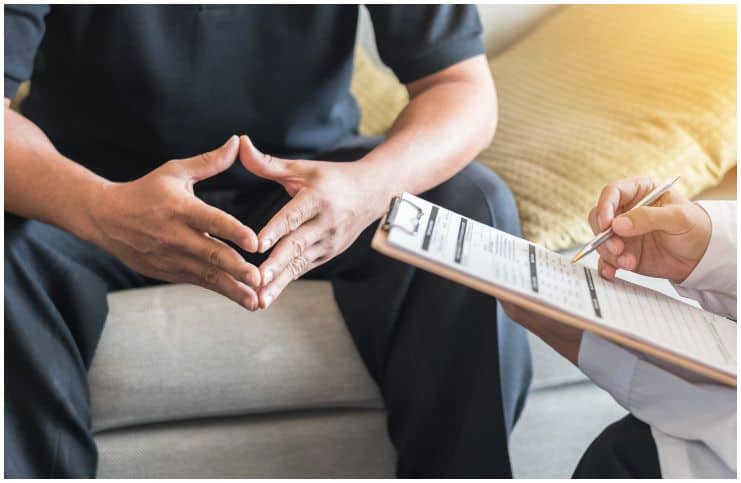 In order to determine whether you have rosacea, your healthcare provider will ask about your symptoms and examine your skin.

While there is not a cure for this chronic skin condition, there are a few treatment options to reduce and control your symptoms, such as:

SEE ALSO:  GoLYTELY vs Suprep – Comparison of Uses & Side Effects

Note – this skin condition is chronic, hence, treatment is usually required for long-term use.

Malar rash, also known as the butterfly rash, is an acute manifestation of systemic lupus erythematosus, that is present in around 50 percent of patients. This rash is so-named because it resembles a butterfly, covering both cheeks and the bridge of the nose and spanning the width of the face.

Additionally, a butterfly rash can occur in other conditions, like – seborrheic dermatitis and rosacea. However, the malar rash can be distinguished from other rashes because it spares the nasal folds and appears elevated, red, and occasionally scaly.

Rosacea is a skin condition that is characterized by the appearance of inflammation or redness, acne-like pimples and broken blood vessels on the central face including the chin, cheeks, forehead, and nose. It is a common skin condition that affects between 0.5 to 10% of the population.

Managing triggers and other risk factors are essential to successfully living with this chronic skin condition. Some of these triggers include: