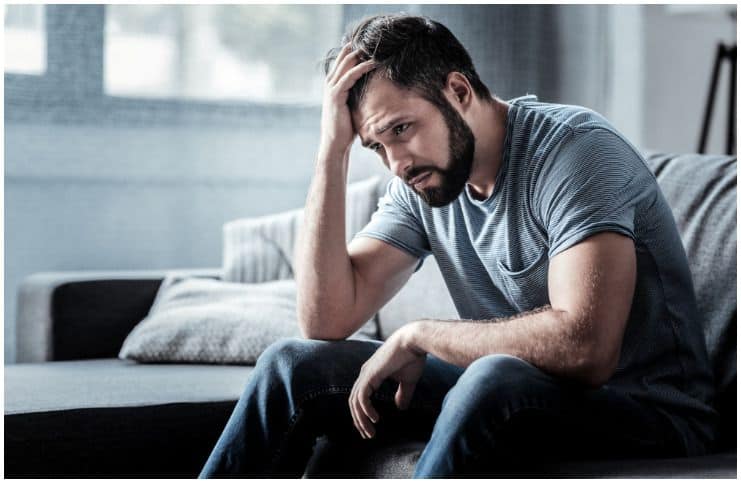 Cyclothymic disorder, also referred to as cyclothymia, is a relatively mild form of bipolar disorder that is described by mood swings which may appear to be almost within the normal range of emotions.

It affects up to 1% of the population.

Patients with cyclothymia typically experience several weeks of low-level depression followed by an episode of mild mania which lasts around 1 week.

The manic symptoms of the disorder may include:

Depressive symptoms of the disorder may include:

During the lows, you feel mildly depressed. During the highs, the mood elevates for a time before returning to its baseline. In between the depressed and elevated moods, the patient is likely to feel like himself.

The disorder may result from a combination of:

SEE ALSO:  Eligard vs Lupron - Comparison of Side Effects & Uses

The disorder is diagnosed when the following factors are present:

It is essential to get help for the disorder as it can notably impact the everyday functioning as well as it affects the patient’s relationships at work and at home.

Note – no medications are approved by the US FDA specifically for the disorder, however, your healthcare provider may prescribe medications which are used to treat bipolar disorder, such as:

Dysthymia, also known as a dysthymic disorder or persistent depressive disorder, is classified as a type of affective disorder which resembles a less severe, yet more chronic type of major depression.

It consists of at least 2 years of chronic mild unhappiness that causes significant disability or distress.

An estimated 1.5% of the population over the age of 12 in the US struggles with persistent depressive disorder, according to the National Institute of Mental Health.

The symptoms of dysthymia are listed below:

Note – in children, the disorder occasionally occurs along with:

Complications that persistent depressive disorder may cause include:

The exact cause of the persistent depressive disorder is unclear, but, there are some recognized risk factors, such as:

SEE ALSO:  Orsythia vs Lutera – Comparison of Uses & Side Effects

Cyclothymic disorder is a mild form of bipolar disorder, in which an individual has mood swings over a period of several years which go from emotional highs to mild depression.

This disorder causes emotional ups and downs, however, they are not as extreme as those in bipolar I or II disorder. Though less severe, it can have a notable impact on a sufferer’s life, where extreme mood changes disrupt the capacity to function healthfully.

Dysthymia is a form of depression that is less severe than major depression, however, it typically lasts longer. It may cause you to develop low self-esteem, lose interest in almost everything, and become incapable of living happily.