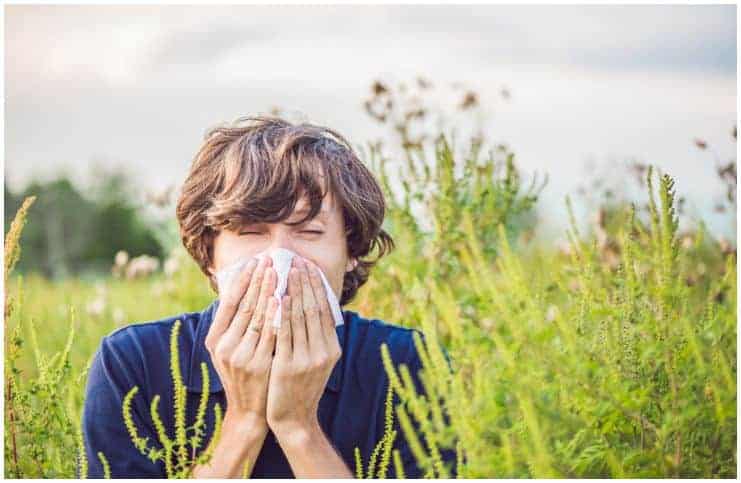 It is an oral tablet that is available as both a generic and brand-name drug. Brand name: Xyzal.

This antihistamine works by blocking the action of histamine, an important neurotransmitter which is produced by the body when it reacts to a foreign substance, like –  pet fur or pollen. The neurotransmitter acts on histamine receptors, ultimately, leading to a chain reaction which usually results in allergic symptoms.

It is used to treat the symptoms of allergic conditions, like – allergic rhinitis, or hay fever, including an itchy nose and sneezing.

The recommended dosage is 5 mg once per day in the evening. The effect of this third-generation non-sedating antihistamine lasts for an average of 24 hours.

Note – seniors should use this medication with caution since they may be more sensitive to its effects.

Tell your healthcare provider about all the medications you take, especially:

This third-generation non-sedating antihistamine can pass into breast milk and may negatively affect the baby. Hence, you shouldn’t breastfeed while taking it.

It is a Pregnancy Category B drug, which means it is not expected to negatively affect an unborn baby.

Consuming alcoholic beverages while taking this medication may increase your risk of side effects, particularly drowsiness. Hence, you should talk to your doctor about how much alcohol is safe to drink while taking this third-generation non-sedating antihistamine.

It is a second-generation antihistamine (brand name – Zyrtec), commonly used to treat cold symptoms, nasal congestion, hives, or severe allergies. It works by blocking the action of histamine, a neurotransmitter in the body that causes allergic symptoms.

This medication was originally approved by the US FDA in 1996 as a prescription medicine. In 2007, the US FDA made it available as an over-the-counter medication.

This second-generation antihistamine is used to treat swelling and itching caused by chronic urticaria. Moreover, it is used to treat allergy or cold symptoms, such as – runny nose, itching, sneezing, or watery eyes.

Since it is a second-generation antihistamine, it does not readily pass to the brain and is less likely to cause sedation. However, alcohol is a central nervous system depressant, usually associated with sedation.

Since this second-generation antihistamine may negatively interact with other medications you may be taking, you should tell your doctor about all the drugs you take, including:

Levocetirizine (brand name – Xyzal) is a potent third generation antihistamine that has the ability to inhibit cutaneous histamine-induced itching and the wheal and flare reaction.

Cetirizine (brand name – Zyrtec) belongs to a group of medicines called second-generation antihistamines which stop the effects of histamine, a naturally occurring substance. This helps to relieve the symptoms of allergies.

According to a 2007 study done at the Department of Dermatology and Venereology, Chandigarh, India, the clinical efficacy of levocetirizine and cetirizine was comparable with a marginal advantage of better antipruritic effect of levocetirizine.

According to a 2008 study done at the Division of Allergy, Asthma, and Rheumatology, Taichung, Taiwan, both antihistamines showed substantial improvement in nasal peak expiratory flow rate in comparison with the placebo group, however, cetirizine appeared to be more efficient than levocetirizine.