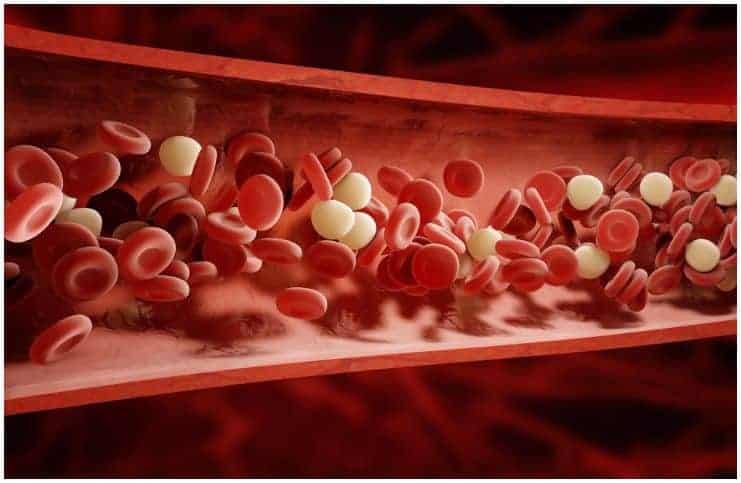 Hemophilia is a rare disorder in which the blood doesn’t clot normally since it lacks sufficient blood-clotting proteins. This leads to excessive bleeding.

Surface bruises or small cuts typically are not a problem, however, deeper injuries may result in bleeding episodes which can lead to permanent disability, unless they are treated promptly.

The Centers for Disease Control and Prevention estimates that approximately 20,000 people in the US have this condition. Also, about 1 in 10,000 individuals worldwide are born with this disease, according to the World Federation of Hemophilia.

There are two main types of hemophilia: type A and type B.

It is caused by a genetic mutation. The mutations involve genes which code for proteins that are vital in the blood clotting process. In rare cases, a child may be born to a family which has no history of hemophilia.

The condition is diagnosed by taking a blood sample and measuring the level of factor activity in the blood – factor VIII for type A and factor IX for type B.

If a pregnant woman has a history of this disorder, a CVS (chorionic villus sampling) test can be done.

Treatment typically consists of giving medications that stimulate the body to create more of the factors or replacing the missing factors.

Complications from treatment may include – viral infections from human clotting factors and developing antibodies to treatments.

Here are 9 Famous People with Hemophilia:

He is a British professional road racing cyclist who rides for UCI WorldTeam Team Katusha–Alpecin. In 2015, Alex broke track cycling’s world hour record with a distance of 52.937 kilometers.

He was diagnosed with the condition when he was 18 months old.

He was the 8th child and youngest son of Queen Victoria and Prince Albert. Leopold was born on April 7, 1853, and was quite delicate since he was very young.

Since he was diagnosed with this blood condition at a young age, Leopold had a constant staff of doctors around him.

He was born with severe hemophilia A. After living with hemophilia for more than two decades, Barry was diagnosed with HIV in the late 1980s, after contracting the disease through a blood transfusion.

Richard Burton was a Welsh actor who was noted for his mellifluous baritone voice. He passed away on August 5th, 1984 in Celigny, Switzerland from a cerebral hemorrhage.

Richard became the first Hollywood star to acknowledge having this condition. A few books have chronicled his life, including The Richard Burton Diaries, that was published in 2012.

Jesse lives in Clevland Ohio and was a professional baseball player in an independent league. He manages his bleeding disease while living an active lifestyle.

He was born on August 12, 1904, in Peterhof, Russia. Aleksey was the first male heir born to a reigning tsar since the 17th century.

Aleksey Nikolayevich Romanov inherited the condition from his mother, who relied on the faith healer Grigori Rasputin to treat this blood condition.

Alongside his father and family, Aleksey Nikolayevich Romanov was murdered by Bolshevik troops on July 17, 1918, during the Russian Revolution.

He was an American teenager who fought AIDS-related discrimination and helped educate people in the United States. He was diagnosed with severe hemophilia A at 3 days old following extensive bleeding after his circumcision.

She was the queen of the United Kingdom of Great Britain and Ireland from 1837 to 1901. She was the daughter of Prince Edward, Duke of Kent and Strathearn, the 4h son of King George III.

For various reasons, a few attempts were made on the life of Queen Victoria. She and many of her descendants carried what was once called “Royal disease.”