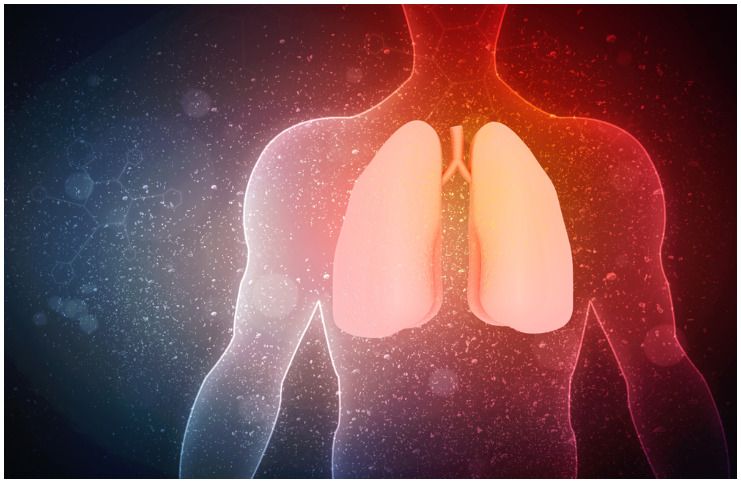 Here are some interesting facts about the respiratory system and its major organs & their functions:

1 The respiratory system, also known as the ventilatory system or respiratory apparatus, is a complex system that brings needed oxygen into your body and then takes carbon dioxide out of your body.

2 Oxygen is used by your cells as they perform the important functions of sustaining life. Red blood cells are in charge of picking up the much-needed oxygen in the lungs and carry it to the body cells. As the cells use oxygen, CO2 is produced and absorbed into the blood.

Thereafter, your blood then transports the CO2 back to your lungs, where it is taken out from the body when you exhale.

3 The respiratory apparatus also warms, filters, and humidifies the air you breathe. A part of your brain controls the breathing process without you even having to think about it. This system counts on the circulatory system to carry the oxygen throughout the body.

4 Inspiration begins with the contraction of the thoracic diaphragm, which concludes in the expansion of the pleural cavity and the thoracic cavity. During exhalation (better known as expiration) the intercostal muscles and diaphragm relax, making the lungs lower in volume and air to be driven out.

5 Newborns up to 45 days breathe between 30 to 60 times every minute. A healthy individual at rest breathes approximately 14 times a minute and around 22,000 breaths per day. With each breath, the lungs take in around 1 pint (0.5 liters) of air.

6 When your brain feels a lack of oxygen, it triggers you to yawn (a long abdominal breath). The cough reflex and sneezing are caused by the irritation of nerves that are situated at the nasal passages.

7 The rate of cellular respiration varies with the level of physical activity or emotional stress. For instance, during vigorous exercise, the oxygen demand in the tissues may increase by 25 times.

8 The main structures of the human respiratory system include: 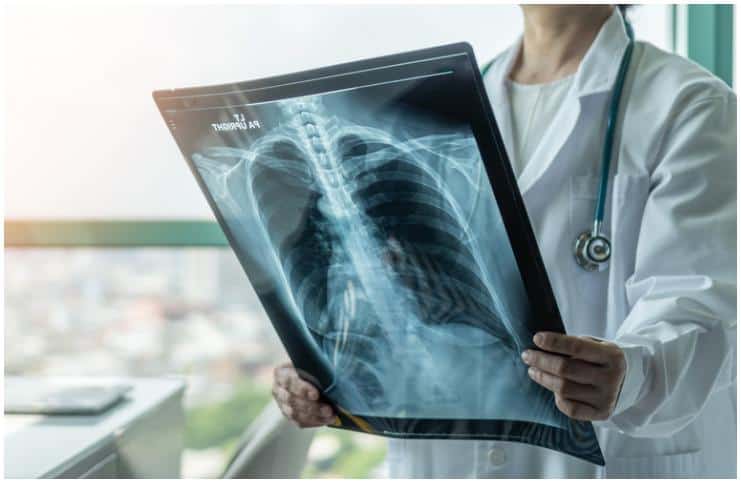 9 The nose, also known as the nasal cavity, is the best entrance for outside air into your ventilatory system. It is subdivided into a right and left canal by a small medial cartilaginous and bony wall, known as the nasal septum.

By using lots of mucus and hairs, the nose helps to filter the air of dust and tiny particles.

10 The pharynx is a long tube (approximately 5 inches) and is located behind the nasal cavity and the air and also food passes through it.

The mucosal epithelium in this long tube is thicker than elsewhere in the respiratory system as it has an important role in protecting the tissues from any chemical and abrasive trauma caused by the ingested food. It has an equally big digestive role due to its muscles.

11 The larynx, also known as soundbox, is part of the upper respiratory tract. It is formed of cartilages and connects the trachea to the laryngopharynx.

The larynx is controlled by the action of the vagus nerve. Moreover, sounds are produced in here by the movement of air through the vocal folds and the larynx.

12 Trachea, better known as the windpipe, starts at the back of your throat. It has cartilaginous rings in its walls which keep the airway open. The epithelium that lines the cartilage rings releases mucus that entangles harmful particles.

13 The outermost layer of the windpipe is the adventitia (called the tunica adventitia), a layer of areolar connective tissue that sustains the windpipe to the surrounding soft tissues. Moreover, the esophagus lies posteriorly to the trachea.

14 When you inhale, the air goes through the bronchi (right and left divisions of the trachea) in your lungs to blood vessels that connect to arteries and veins.

15 Bronchi are innervated by nerves of both the sympathetic and parasympathetic nervous systems and it divides into secondary bronchi as they enter the lungs. In addition, these further divide into bronchioles. 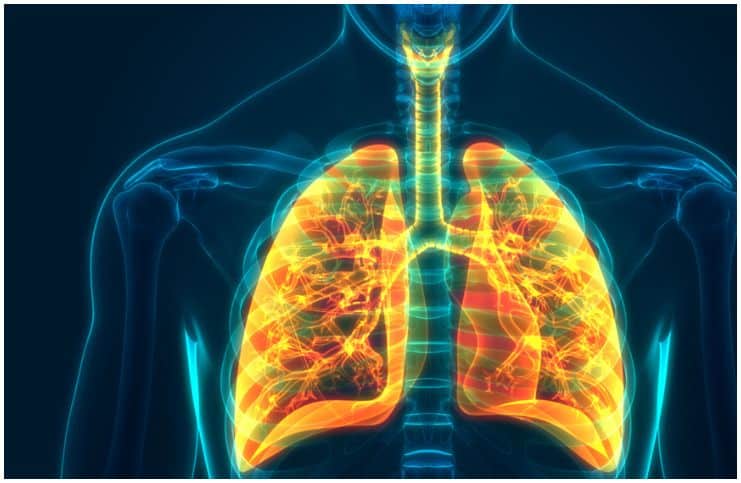 16 Your lungs are protected by your rib cage that consists of 12 sets of ribs.

18 The bronchioles within your lungs end in bunches of round air sacs named alveoli. Both lungs contain around 700 million alveoli. Capillaries are blood vessels in the walls of the alveoli.

20 Your lungs breathe in approximately 2,000 gallons (7570 liters) of air every day which is sufficient for the 2,400 gallons (9084 liters) of blood that circulate through your heart daily.

21 You have a small quantity of air, named – residual volume, which always stays inside your lungs. This is crucial due to the fact that the residual volume prevents your alveoli and smaller airways from collapsing.

22 Because the left lung has a cardiac notch (to make room for the heart), this lung is a little smaller than the right lung.

23 The pleura is a membrane that covers and cushions the inside of the chest wall as well as the lungs. More importantly, the pleura allows the lungs to operate smoothly during breathing and as the individual moves.

24 The diaphragm is located at the base of your chest and is your main breathing muscle.

25 The rib muscles and the diaphragm contract and relax nonstop (approximately 16 times per minute), making the chest cavity to decrease and increase.

26 In 2014, there were over 381,000 deaths in the European Union resulting from diseases of the respiratory system.