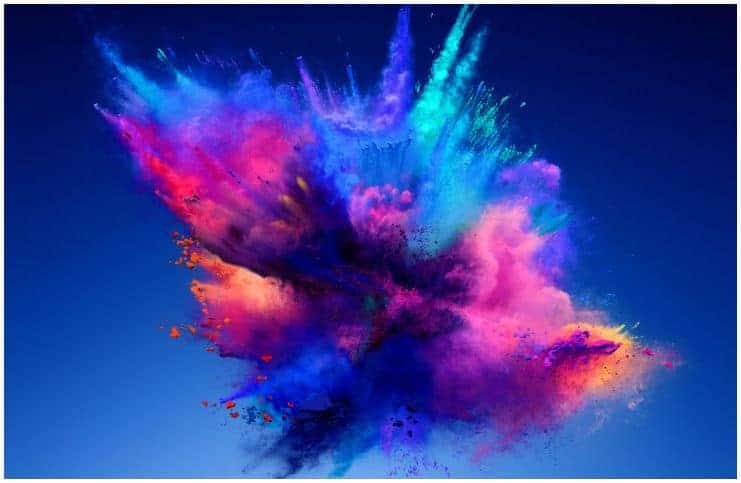 Here are some top 25 interesting facts about color blindness:

#1 It is a condition characterized by the inability to recognize different shades of colors. Complete color-blindness, also known as monochromacy, affects approximately 1 in 30,000 people. Depending on their ancestry, up to 8% of males and only 0.5% of females have some degree of color deficiency.

#3 Color perception is the consequence of chromatic and achromatic signals received from light stimuli.

#4 In 1978, John Dalton, an English colorblind chemist, published the first scientific paper on this condition. That’s why it is also called “daltonism.”

#5 The area at the back of the eye, better known as the retina, is sensitive to color and light and contains specialized cells, named cones.

There are 3 types of cone cells, for seeing green, red, or blue light. These are the main colors, and by mixing the messages from each set of cone cells, you get numerous different colors which you can normally see.

#6 When a specific type of cone cell doesn’t function correctly, an individual will have problems seeing the color that a specific cone cell responds to.

#8 Parkinson’s disease is a serious neurodegenerative disorder during which light-sensitive nerve cells in the retina may be damaged and cannot function correctly.

#9 An antiepileptic prescription medication, named tiagabine, has been known to have some side effects, like a reduced color vision in about 41% of people ingesting this medicine. However, these side effects do not appear to be permanent.

#10 The most frequent type of this disorder is red-green and affects 99 percent of all colorblind patients. Depending on which cones are affected, an individual can be more affected by green colors, while others by red ones.

#11 If a woman is red-green colorblind, all her male children will get this condition. Fathers cannot pass this condition to their children. Moreover, according to studies, individuals with this condition see greens and reds as oranges, yellows, and beiges.

#12 Scientists in Seattle announced that they are trying to develop a gene-based therapy for humans with red-green color blindness.

#14 Nearly 99 percent of people who are living with this condition can see some colors and are technically color deficient.

#15 It’s much more usual for men to have this problem than women due to the fact that genes responsible are on the X chromosome. In the United States, 1 in every 12 males may be affected by this disorder, while for females, there is only less than one in 200.

#16 This condition is commonly genetic, however, it can be caused by exposure to chemicals, traumatic injury (especially to the retina), aging, eye diseases, or other serious disorders.

SEE ALSO:  Benazepril vs Enalapril - Comparison of Side Effects & Uses

#17 There are no medical treatments for inherited forms of color blindness and no known cure for this disorder.

#18 Most color blindness isn’t problematic to get a job because only a few jobs require a complete spectrum of color to be seen.

What this actually means is that anyone with this disorder can live a long, happy life. Jobs that require the people to have normal color vision include – police officer, firefighter, or an airline pilot.

#19 Some women are tetrachromatic, a rare genetic mutation that causes them to have 4 types of cone cells in the eye instead of normal 3 cones.

Women with this genetic mutation perceive about 100 million colors, as compared with around 1 million colors most of the people can see.

#20 All babies are color blind when they are born. Color vision starts to develop within seven days after birth and by six months your baby can see all the colors you can.

#21 During World War II, American soldiers with this disorder (especially red-green colorblind) were sent on special missions due to the fact that they can detect camouflage much better due to their decreased capacity to see a green color.

#22 Individuals with this condition need to learn the position of the colors on traffic lights – green on the bottom, yellow in the center, and red on top. This can be problematic driving a car in another country where the traffic lights are different.

#23 Mark Zuckerberg has a red-green color blindness disorder and this is the main reason Facebook’s main color is blue. Keanu Reeves has stated that he might be colorblind. Furthermore, according to some sources, Bill Clinton has problems distinguishing between green and red colors.

#24 Many scientists believe that cats and dogs are color blind and can only see in shades of white and black.

Moreover, the mantis shrimp (marine crustaceans of the order Stomatopoda) can see ultraviolet light and has 400 percent more color receptors as the human eye.

#25 There are some easy tests that can be carried out to test whether you suffer from these disorders or not. The Ishihara color vision test is the most used.