Cystic fibrosis (CF) is a rare genetic disease which affects the digestive and respiratory systems in children and young adults. It was first identified in 1938 at New York Babies Hospital by pathologist Dr. Dorothy Andersen.

#1 CF is a serious genetic disease (cannot be “caught” like the flu or a cold) that causes the body to make sticky, thick mucus. This will lead to major problems in 2 areas – the lungs and the digestive system. It can also produce a buildup of mucus in the pancreas and other organs.

#2 To make normal mucus, the body needs a protein. This special protein is defective in this condition, resulting in the buildup of the thick mucus which causes problems for patients.

#3 Mutations in a single gene named CFTR – the Cystic Fibrosis Transmembrane Regulator  – cause this disease. CFTR gene was identified in 1989, and, since then, more than 900 different mutations of this gene have been classified.

#4 In the U.S., 1 child in every 3500 live births is affected with CF, and, approximately 30,000 people have this disease. In addition, around 1,000 new cases of this genetic disease are diagnosed each year. Approximately 75% of new diagnoses happen before age 2.

#5 Furthermore, 20,000 Europeans and 3,000 Canadians are living with CF. It is the most usual serious genetic disease in Australia, affecting 1 in every 2500 babies.

Additionally, about 1 in every 2,500 babies born in the United Kingdom has CF. According to statistics, there are approximately 70,000 people living with this condition in the entire world.

#6 Both parents must have at least one copy of the defective gene. Each time two CF carriers have a child, the chances are:

SEE ALSO:  Magnesium Oxide vs Magnesium Citrate - Which Is The Best Supplement?

#7 About 1 in every 25 individuals is a carrier for the CF gene.

#8 Numerous women with this problem are able to get pregnant and give birth to healthy children if their partners don’t have this gene.

#9 The symptoms of this disease commonly manifest within the 1st year of life, albeit, CF symptoms may not show up until adolescence or even later.

#10 60 years ago, the life expectancy of a patient with CF was around 5 years. Presently, thanks to improved treatments and medication, these patients have seen life expectancy extend notably, up the age of 50. Nevertheless, on average, people with this disease have a lifespan of approximately 31 years.

#11 CF can affect individuals of any race and in any region in the world, but it is most frequent in white people of Northern European ancestry.

#12 After some years with this disease, the lungs become severely damaged and many patients living with this condition will require a lung transplant in order to prolong their life.

End-stage lung disease is the main cause of death for a CF patient. The longest surviving people who had lung transplants as a result of CF had an extension of the life of 15 years.

#13 In 85% of CF cases, patients have a deficiency in their pancreas caused by thick, sticky mucus obstructing the pancreatic ducts.

#14 This disease also affects all the body’s exocrine glands. Exocrine glands create compounds that are essential for the correct functioning of the body. In addition, some babies have meconium ileus, a congestion of the intestine that appears right after birth.

#15 Sufferers with CF can develop many related conditions, including weakened bones (osteoporosis), diabetes, and liver problems.

Almost all men (98 percent) with CF are infertile due to the tube that connects the prostate gland (vas deferens) and testes are either missing entirely or obstructed with mucus. 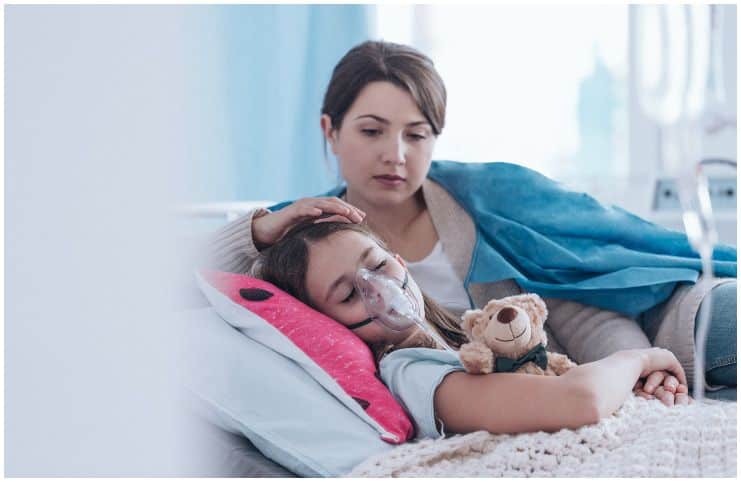 #16 The symptoms of this rare disease are different among patients. Each person can develop different symptoms.

#17 This condition has numerous symptoms, including:

#18 The most frequent test for this disease is the sweat test. It measures the amount of salt in the sweat. If the test comes back positive, it means the sweat collected has more salt (sodium chloride) than normal and results in a diagnosis of this condition.

#19 Treatment to ease the symptoms and make the condition easier to live includes:

#20 Currently, neither gene therapy nor any other type of cure exists. However, scientists at the University of Montreal Hospital Research Centre have identified a promising solution to considerably improving treatments offered to sufferers with CF.

SEE ALSO:  Butenafine Hydrochloride vs Clotrimazole – Which Is Better For Yeast Infections Of The Skin?

They found that adding quorum-sensing inhibitors to current medicines restores the efficacy of existing treatments as well as reduces bacterial production of certain harmful residues.

He is a successful rugby player from Australia who for the Melbourne Rebels in the Super Rugby competition. In 2011, Nathan signed with the English club Gloucester RFC.

Nathan Charles was diagnosed with CF when he was a child.

She was a British songwriter and pop singer who had a relatively successful singing and modeling career and graduated from King’s College in London. Alice Martineau also wrote an article in The Daily Telegraph’s Saturday magazine about her wait for a life-saving triple transplant.

He is the son of British Prime Minister Gordon Brown. James was diagnosed with CF after a routine newborn screening test.

He is a former basketball player and current professional substitute teacher in Dublin, GA. Nolan was diagnosed with CF when he was a child.

During an interview, he said – “I wish there was a way to get my story out to other cystic fibrosis patients, I tell the younger kids with the condition to stay as active as possible. That has been the biggest thing for me.”

Gunnar is the son of former NFL football star and current network color commentator – Boomer Esiason. Gunnar was diagnosed with CF when he was 2 years old.

She is a Canadian triathlete who was diagnosed with CF in her 20’s. Lisa has been competing on the Ironman race series since late in the last three decades.