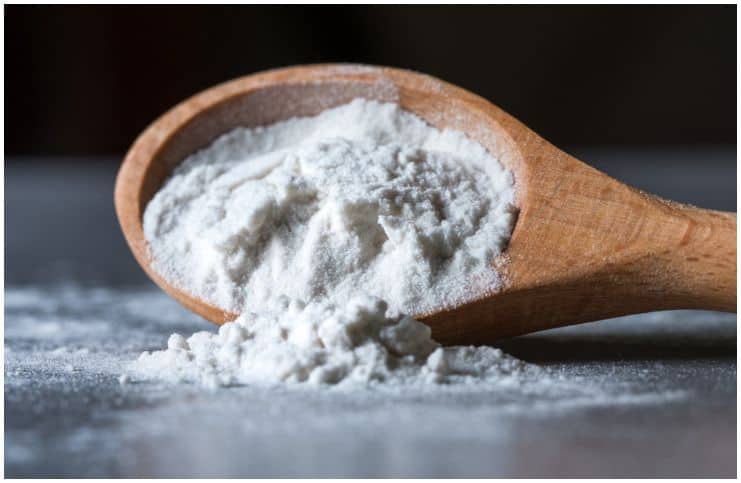 Sodium bisulfite, also referred as sodium hydrogen sulfite, is a white, odorless inorganic salt which is a form of sodium metabisulfite which has been dissolved in water.

Sodium bisulfite is used during the winemaking process (to prevent oxidation and preserve flavor) and white wines usually have more sulfites than the red ones. Also, wines produced from organic grapes in the US typically have fewer sulfites.

In fruit canning, it is used to prevent browning and to kill microbes. This food additive may also be added to beverages and foods like:

So basically, this food additive is found in most things intended to be preserved.

In the United States, present labeling regulations do not require foods to indicate the presence of this type of additive in foods, if the food contains more than 10 parts per million (ppm). Fortunately, many food producers voluntarily label sulfite-containing foods.

SEE ALSO:  Dymista vs Flonase – Uses And Side Effects

In the past, it was added to fresh fruits and vegetables in grocery stores and restaurants to prevent browning.

An increase in reactions led the FDA to ban the use of sulfites on fresh vegetables and fruits in the US following the deaths of 13 people and many health problems, mainly among people with asthma, a chronic disease involving the inflammation of the airways in the lungs.

Moreover, this food additive is used as a cleaning agent in desalination systems as well as to remove chloramine (a combination of ammonia and chlorine) from drinking water after treatment.

Also, this chemical is added to some medications like injectable epinephrine to prevent browning, that may decrease the effectiveness of the medicine.

Side Effects of Sodium Bisulfite

In very small, microscopic quantities, E222 is relatively benign, and the FDA generally recognizes it as a safe substance. Nevertheless, it can cause strong reactions in some sensitive people.

Ingestion of this food additive can cause side effects, like – vomiting and nausea because the ingestion of E222 leads to the release of sulfurous acid in the stomach, possibly leading to gastric irritation. More importantly, you may experience abdominal pain if large doses of E222 are ingested.

Another potential side effect of ingesting this chemical is an irritation to the respiratory tract, especially if it’s inhaled, according to Mallinckrodt Baker, Inc.

Note – Sulfites are considered among the top food allergens, however, a reaction to sulfites is not a true allergy.

This type of food additive can also trigger severe asthmatic symptoms in some people. Early warning signs include:

Note – individuals with sulfite allergy should avoid drugs containing these food additives, except for injectable epinephrine since injectable epinephrine may prove life-saving in patients with sulfite allergy experiencing anaphylaxis.
More importantly, sensitivity to sulfites can develop at any time during an individual’s lifespan, with some initial symptoms not showing up until an individual has reached their 40s or 50s.

High sulfite content in the urine and blood of babies can be caused by molybdenum cofactor deficiency, a condition that leads to early death and neurological damage unless treated.

List of Foods That Have Less than 10 ppm of Sulfites: