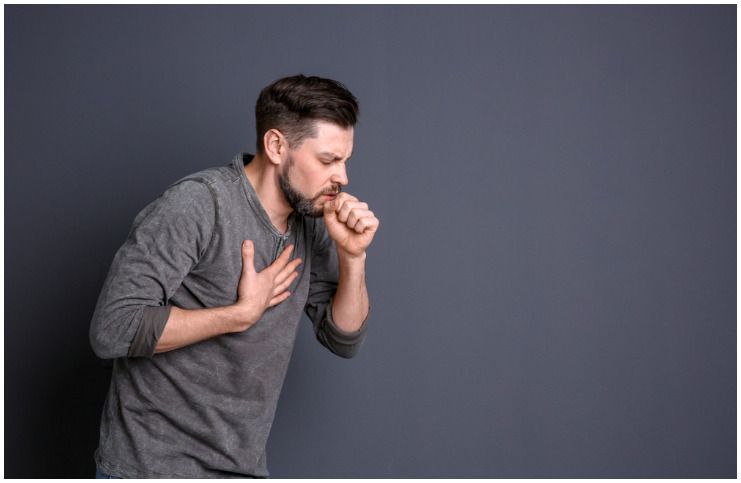 It is an expectorant that helps loosen mucus from the lungs so that your coughs are considerably more productive. The FDA first approved this medicine in 1952 and in the present day, it is manufactured by Reckitt Benckiser, a British multinational company.

Mucinex DM contains the drug guaifenesin (which helps clear phlegm or mucus from the chest when you have congestion from the flu or the common cold) and dextromethorphan (a class of medications called antitussives, that work by reducing the activity in the part of the brain which causes coughing).

While this drug can help control symptoms, it is essential to understand that it doesn’t shorten the length or cure a common cold. More importantly, smokers with asthma, chronic cough, and other lung disorders are not advised to take this medicine.

It is used to relieve coughs caused by bronchitis, the common cold, and other breathing conditions. Take this drug by mouth without or with food, as directed by your healthcare provider, typically every 12 hours.

Tell your healthcare professional if you experience any signs and symptoms of allergy. These symptoms may include:

There are many medication interactions with this expectorant, therefore, people using prescription or OTC drugs should consult their healthcare provider before taking it.

SEE ALSO:  What is Aflatoxin? - Symptoms and Health Risks

There are no well-controlled and adequate studies in pregnant women, hence, it is best to avoid this medicine during pregnancy. Also, it is not known precisely whether this medicine passes into breast milk, therefore, ask your healthcare professional before using this expectorant if you are breast-feeding a baby.

Avoid consuming alcoholic beverages or smoking cigarettes while taking this drug, since it may cause some adverse interactions to occur.

More importantly, do not take this medicine at the same time as a monoamine oxidase inhibitor because the interaction between MAOIs and this expectorant can lead to serotonin syndrome, a potentially life-threatening. Signs and symptoms of serotonin syndrome include:

It is a brand name and registered trademark for both prescription and over-the-counter cold and cough medicines produced and sold by Pfizer, a leading research-based biopharmaceutical company.

The active ingredient in Robitussin DM is guaifenesin (a drug that relieves chest congestion by thinning the mucus, hence, it is easier to cough up and out of your airways) and dextromethorphan (a drug which suppresses coughing by reducing activity in the part of the brain which causes you to cough).

Some reports say that the two drugs in this product may work against each other since dextromethorphan stops you from coughing, while guaifenesin makes mucus easier to cough up.

Do not take this medicine if you are using a prescription MAOI (drugs typically used for psychiatric, depression, or emotional conditions) as well as for 14 days after stopping the monoamine oxidase inhibitor drug.

The dosage is based on your medical condition, age, and response to medicine, hence, do not take this drug more frequently than directed or increase the dose.

Taking too much dextromethorphan (DXM) can lead to out-of-body sensations, loss of motor control, and hallucinations, that makes this drug a target of abuse. Some consumers also describe the effects similar to marijuana intoxication.

Because DXM is a legal drug, available to anyone of any age across the United States, most of the individuals abusing it are young people.

Overdosing on dextromethorphan may pose the following health risks:

Mucinex vs Robitussin – Which Is The Best Medicine For Acute Cough?

Both these medicines contain guaifenesin and dextromethorphan, but, because Mucinex it’s an extended-release form, it lasts longer than some other similar products. The problem is that this drugs have many side effects and are not very effective.

For example, according to a 2008 Cochrane Collaboration meta-analysis of OTC medicines for an acute cough in adults and children, there was not enough high-quality clinical data to prove whether these drugs are effective or not.

Also, a 2014 study published in the Respiratory Care journal concluded that guaifenesin doesn’t help individuals with a cold to cough up the excess mucus.