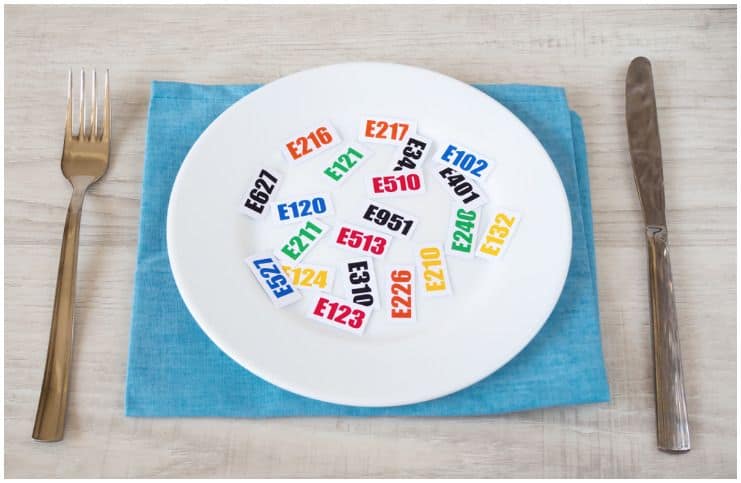 Disodium guanylate, also referred to as sodium 5′-guanylate, is a natural sodium salt of the flavor-boosting nucleotide guanosine monophosphate.

This food additive has the E number of E627.

It is similar to disodium inosinate, which comes from another nucleotide, inosine monophosphate.

Yes, it is produced by fermentation, commonly of tapioca starch (made from the root of the cassava plant), but, it can come from other vegetable sources.

Maybe. It is generally made from a vegetable source, but it may be sourced from fish. Therefore, if you’re not sure, just contact the company and ask for the source of E627.

This flavor enhancer is used as an ingredient by the food industry, and it is often used in conjunction with monosodium glutamate.

Note – it does not have the specific umami taste, however, it strongly enhances many other flavors, hence, it can make the food more palatable.

It can be found in the following foods:

Note – it occurs naturally in mushrooms, like – enokidake, shiitake, matsutake as well as in whale meat and chicken.

Side Effects of Disodium Guanylate (E627)

After consuming foods and drinks containing E627, some people experience the following side effects: 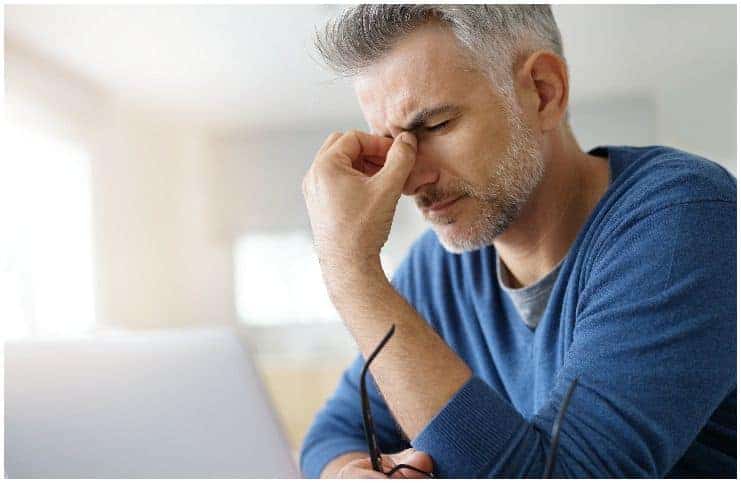 SEE ALSO:  Dymista vs Flonase – Uses And Side Effects

This flavor enhancer may cause certain allergic reactions with symptoms which include but are not limited to:

Other side effects may include: 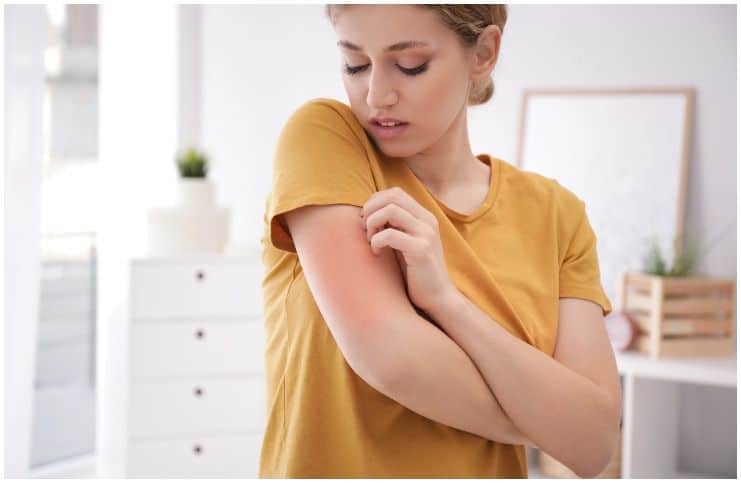 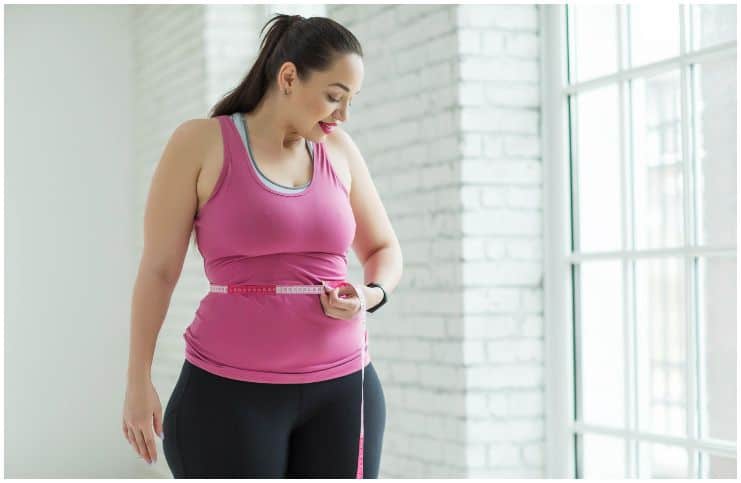 Obesity has become a global epidemic in the 21st century. According to the latest statistics, 37.9 percent of men and 41.1 percent of women are obese in the United States. Also, approximately 18.5% of children are obese.

Researchers discovered that consumption of food additives and flavor enhancers is one of the main causes of obesity in people.

The link between food additives and flavor enhancers intake and obesity is thought to be based on the fact that these chemicals change the taste of food. This may lead to overeating and, ultimately, to obesity.

Moreover, these chemicals may have a negative effect on the pancreas gland (an endocrine gland that produces a few important hormones). 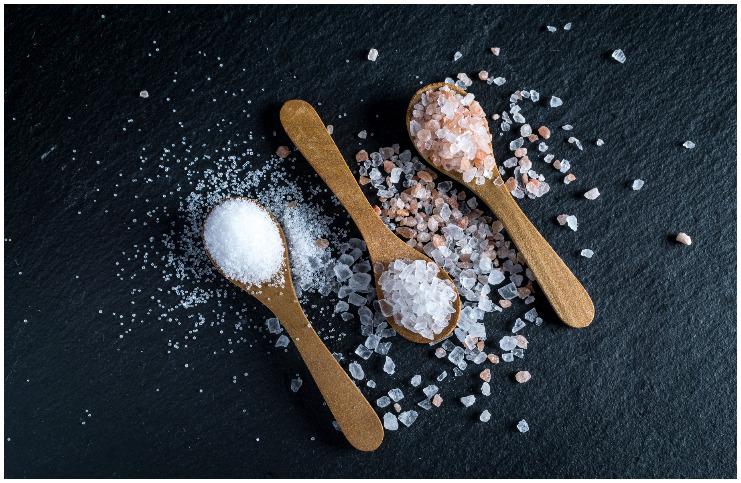 An additional concern with E627 is the presence of sodium. This mineral is one of the key ingredients in table salt and has some important functions in the human body, such as:

Your body does need a small amount of sodium to function correctly. According to the most recent dietary guidelines, capping your sodium intake at 2.3 g of sodium a day is recommended (95% of the sodium you intake is absorbed into the body).

However, most people in the United States are soaring past their sodium limit. The average intake is approximately 3.4 g, most of it coming from junk foods.

Too much sodium in your regular diet is associated with higher blood pressure (hypertension). An estimated 50 to 70 million Americans have high blood pressure, and all of them would benefit from a low-sodium diet.

High sodium intake is also linked with a substantially increased risk of stroke (happens when the blood flow to your brain is interrupted), according to an article issued in The BMJ.

Additionally, eating too much sodium reduces the ability of the kidneys to remove the water. Also, excessive sodium intake has been strongly associated with other conditions, including:

Tip – high sodium blood levels can be counteracted by drinking 2 to 3 quarts of water a day.

During pregnancy, you have to be careful about what you eat, especially if the foods have preservatives, flavor enhancers, or additives.

According to the data, exposure during pregnancy to drinks and foods containing these chemicals can affect how the brain forms. Additionally, it can cause behavioral disorders and emotional problems later in a child’s life.

Also, what the mothers consume does pass through breast milk to the infant, therefore, it is recommended to consume as much fresh organic foods as you can find.