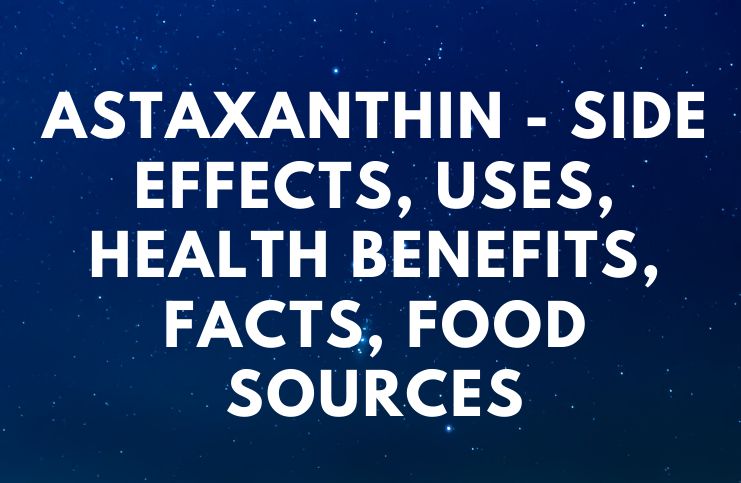 It is part of the carotenoid family, alongside lutein, beta-carotene, and lycopene. It is responsible for the red pigmentation of plants in which composition is found and is:

All the antioxidants listed above already have a dedicated history regarding the fight against free radicals. It is not an essential nutrient, but the consumption of foods rich in this substance may have beneficial effects on the body.

Generally, this compound is not converted by the body into vitamin A, however, in severe cases of deficiency, this transformation can take place.

Note – long-term exposure to light and air may lower the concentration of this antioxidant in foods, as can contact with heat.

How is it obtained?

It is extracted from the Haematococcus Pluvialis freshwater microalgae. There are cultures of microalgae created specifically to obtain astaxanthin.

These cultures are constantly monitored so that the extract obtained is of the highest quality.

Skin cancer is the most frequent type of cancer in the US. According to the present estimates, 1 in 5 people in the United States will develop skin cancer in their lifetime.

This antioxidant helps protect the skin against UV rays, pollution, cold, or heat. It also protects the skin and allows it to regenerate by neutralizing free radicals that attack skin cells. In addition, it helps skin recover from sun exposure.

Free radicals are strongly associated with human disease, including atherosclerosis, cancer, Parkinson’s disease, Alzheimer’s disease, and many others.

This natural pigment counteracts free radicals in the muscles and blocks their attacks, protecting muscles against degeneration. In addition, it helps the muscles recover faster after intense physical activity.

About 14 million people in the United States aged 12 years and older have self-reported visual impairment defined as distance visual acuity of 20/50 or worse.

Furthermore, $139 billion is the estimated annual economic burden of vision disorders and eye diseases in the United States.

The number of patients in the US with type 2 Diabetes Mellitus is increasing with more than 29 million people have this condition.

About 27 percent of patients with type 2 diabetes – 8.1 million individuals – do not know they have the condition. This pigment supports the normal glycemia level in diabetics and prediabetics people.

In 2011, heart disease (which includes stroke, heart disease, and other cardiovascular diseases) is the number one cause of death in the US, killing about 787,000 individuals alone.

This pigment protects the heart by reducing LDL peroxidation (which means low-density lipoprotein or bad cholesterol) in the vascular wall.

Neurodegenerative diseases result when nervous system cells in the spinal cord and brain begin to deteriorate.

According to a 2006 report by the US National Institute for Neurological Disorders and Stroke, approximately 50,000 new cases of Parkinson’s disease are diagnosed in the United States per year, and the total number of Americans with this condition is at least 500,000.

How to use it?

It is a pigment that is soluble in fats, which means that for its total absorption the contribution of bile acids is required, as they are taking part in the digestion of fats. Bile acids are produced only when food reaches the intestines.

Therefore, first, we need to consume food for our body to produce bile acids, and then use astaxanthin so that it is absorbed properly.

Side Effects of Astaxanthin

The doses tested until now and considered safe indicate a safe dose of 6 mg per day.

There is an ongoing study that aims to determine the long-term effects of consumption (8 mg daily).

The side effects of consuming this substance during pregnancy and nursing are not known, so it is advisable to avoid taking supplements containing it during these periods.