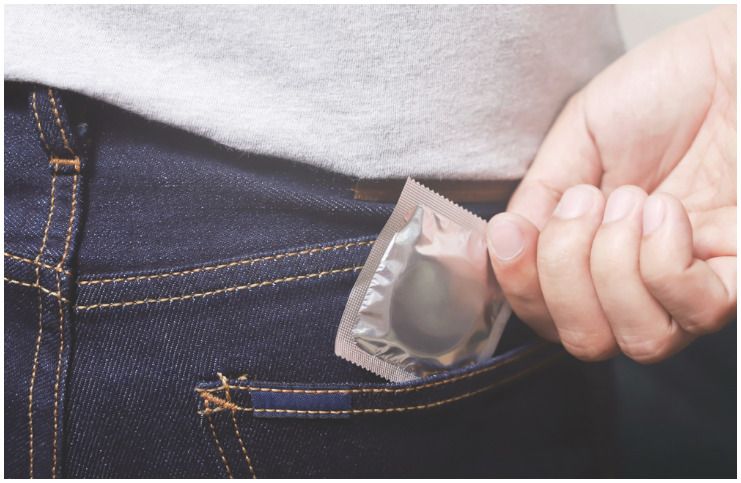 It is the trademarked name for various types of condoms that used to be produced by United Kingdom-based SSL International. The name is an abbreviation of its features – durability, reliability, and excellence.

Its origins go back to 1915 when the London Rubber Company was formed to sell imported barber supplies and condoms.

Condoms that use polyurethane may be used with oil-based lubricants, such as – petroleum jelly and baby oil. In 2004, the brand celebrated 75 years of history (in 1929, the company registered the name) with the slogan ”75 years of great sex.”

In the present day, the brand continues to be one of the most popular and preferred choices for condoms. Also, it was the 1st condom manufacturer to use electronic testing on their products.

For example, marketing executives estimate that it takes up to a quarter of the world’s market demand for contraceptives. It now produces about 1 billion condoms every year in seventeen different factories worldwide.

The condoms are available in a variety of sizes, styles, and types, such as -Performax, Extra Sensitive, Play and Invisible, Real Feel, Ultra Thin, Pleasure Mix, PleasureMax. With a wide assortment of shapes and sizes, this leading brand definitely has something for everyone.

These condoms were first made in 1916 by Merle Leland Youngs (one of the 1st to advertise condoms to doctors and pharmacists) through his company Fay and Youngs, which in 1919 was renamed Youngs Rubber Corporation.

In 1927, the brand was 1st introduced into the market, and it was through an advertisement that targeted pharmacists.

According to a 2006 study conducted by Slate magazine, the brand is responsible for more than two-thirds of all condoms bought in pharmacies and drugstores in the US. Moreover, it produces more than one million condoms daily, plus, each condom is electronically tested to ensure total reliability.

The brand manufactures more than 30 styles and types of condoms, like – Twisted Pleasure, Ultra Thin, and those kinds of condoms designed for maximum sensitivity. Also, it produces different styles of vibrators and lubricants.

Bottom Line – Durex vs Trojan – Which Is Better?

The condoms from both these brands are on the market for a long time. They do not restrict feeling like most condoms do as well as they are very easy to roll correctly on, making the “putting on a condom” process a bit less complicated.

Therefore, when choosing between these brands, it’s up to personal choice since both are condoms of high quality.

Note – the Trojan Extended Pleasure and the Durex Performax are specially produced for people finding premature ejaculation (when ejaculation occurs sooner than a man or his partner would like during sexual intercourse) a problem.

Tips For Using A Condom

Sexual fluids such as vaginal fluids, semen, and blood can pass on STIs and HIV. A condom forms a barrier between these fluids and entry points into the physical body.

SEE ALSO:  Famotidine vs Ranitidine – Which Is Better For Heartburn Relief?

Hence, using a condom can reduce considerably the risk of sexually transmitted infections to or from the head of the penis.

Nevertheless, some types of STIs can spread by other sexual contacts or just from skin-to-skin contact.

For instance, in a 2-year study of couples in which one person was already infected with the human immunodeficiency virus and the other person wasn’t, not even a single uninfected partner contracted this virus when the couple used condoms correctly each time they had sex.

Moreover, the number of unintended pregnancies because of condom use by men across the world reduced considerably.

Firstly, you need to check the expiration date on the condom since they expire because of the latex weakening over time. Also, using two rubbers at the same time can cause them to break.

After, when the penis is erect (hard), gently remove (not by ripping or cutting it and snagging the condom on long fingernails or jewelry, because you might break it) the condom from its packet latex and roll the condom on the penis all the way down to the base of the penis (if the penis is uncircumcised, pull the foreskin back before putting the condom on), but before it touches your partner’s genital area (vagina, vulva, buttocks, anus, and upper thighs) or mouth, and keep it the whole time you are having sex.

You should also gently pinch the tip of the condom; thus, it will leave you a little room in the reservoir.

Wearing the rubber incorrectly significantly increases the chance of it coming off during intercourse. Also, make sure that the condom isn’t too tight as this increases the possibility of breakage.

After ejaculation, it is recommended to withdraw your penis while it is still erect and hold onto the base of the condom.