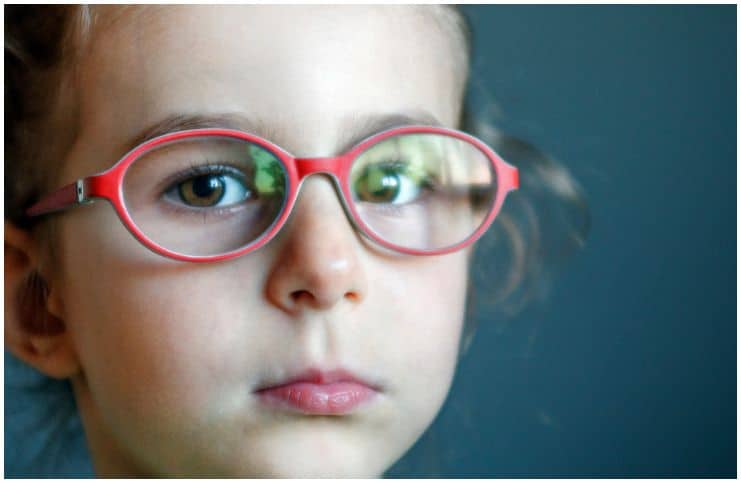 Lazy eye, also referred to as amblyopia, is a childhood condition in which a child’s eyesight does not develop correctly in one eye.

In most cases, one eye sees more clearly than the other, hence, the slang term “lazy” for the other eye.

According to statistics, approximately 2 to 3% of the American population has some degree of amblyopia.

In most cases, the condition does not cause symptoms. However, when symptoms occur, they include:

If left untreated, amblyopia can cause severe visual disability in the affected eye, including legal blindness.

The most common causes of amblyopia are:

Factors associated with an increased risk of amblyopia include:

There are two approaches to amblyopia treatment:

Surgery is commonly required if the condition is due to a large eye turn.

If treatment is started before the age of 7, then it is usually possible to restore normal vision.

Here Is A List Of 10 Celebrities With Lazy Eye:

In 1999, Heidi was the first German model to become a Victoria’s Secret Angels. She also appeared on the cover of the Sports Illustrated Swimsuit Issue.

Heidi Klum admitted that she has a lazy eye.

Interesting fact – there is a species of rose named after her.

She is an American actress who is best known in films such as ”Couples Retreat”, ”Forgetting Sarah Marshall,” and ”Get Him to the Greek” as well as for her roles on TV’s ”Veronica Mars.”

Bell played the character Ingrid de Forest in NBC’s Parks and Recreation and the character Uda Bengt in two episodes of the Starz comedy series Party Down.

For her performance in Veronica Mars, Bell was awarded a Saturn Award for Best Actress on Television.

Kristen Bell has a lazy eye. She even nicknamed her right eye “Wonky.”

He is an American actor who began acting professionally in the early 2000s.

In 2019, Zac starred as Ted Bundy in the biopic titled – ”Extremely Wicked, Shockingly Evil, and Vile.”

Most people never even notice that Zac Efron has a lazy eye, even with all the time they have looking at those beautiful eyes.

Katy Perry is an American pop singer who gained fame for a playfully cartoonish sense of style and for sexually suggestive hit songs.

In 2014, she became the 1st person to reach 50 million Twitter followers.

Perry was voted Woman of the Year by Billboard in 2012.

Katy Perry said during an interview:

“I got a prescription for my wonk eye to make go bigger whenever I take pictures because I have a slight wonk.”

Her acting career began at age 4, after she participated in a commercial for a bathtub doll.

She has been married to musician Mark Wilkerson since July 19, 2003. Melissa is best known for her starring roles in:

Melissa Joan Hart has a lazy eye and probably was born with it.

He is an American actor who is known for playing in:

In 2005, Grace hosted an episode of Saturday Night Live.

Topher Grace has a lazy eye and is very noticeable in Spider-Man 3.

SEE ALSO:  Anbesol vs Orajel – Which Is Better For Toothache & Canker Sores?

She is a British fashion model whose natural look and waifish figure redefined the fashion industry in the 1990s.

In 2012, TIME magazine named her one of the 100 most influential people in the world.

Kate Moss has a lazy eye and wonky teeth.

He is a Canadian musician and actor who came to the attention of a wider audience in 2004 in the successful romantic drama The Notebook.

Gosling performed in an Elvis Presley tribute band as a child.

He is an American voice actor, actor, and model who is best known for playing Jacob Black in The Twilight Saga film series.

She is an American socialite, businesswoman, model, media and television personality, actress, and singer.

Paris also has her own line of dresses, perfume, footwear, and coats.

In 2007, Hilton won the Guinness World Record for Most Overrated Celebrity.

Paris Hilton has an amblyopic left eye, causing it to droop slightly.

The majority of people with lazy eyes are born with it, however, Paris Hilton’s wonky eye was caused by a medical surgery.