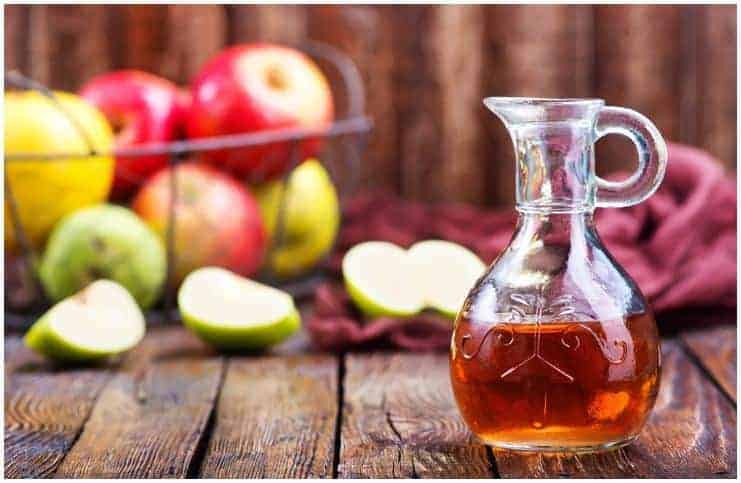 Bronchitis is an infection of the main airways of the lungs, causing them to become inflamed and irritated. This condition usually occurs mostly in winter, particularly during outbreaks of influenza.

It can be described as being either:

Usually, patients with chronic bronchitis are smokers over 45 years of age. Smoking is a major irritant to the lungs and it causes damage on the cellular level, which ultimately causes the lung tissue to be more susceptible to acute bronchitis.

If your bronchitis is due to a virus, your symptoms may take two or more weeks to resolve, however, using antibiotics won’t help.

Bacterial bronchitis is treated with antibiotics, like – erythromycin, tetracycline, depending on the causative bacteria. Nevertheless, these antibiotics have side effects, such as – vomiting, nausea, abdominal pain, and diarrhea.

How to use apple cider vinegar for acute bronchitis:

For centuries, apple cider vinegar (ACV) has been used for various household and cooking purposes. For example, medical practitioners in the 1700s used it to treat everything from stomach aches to poison ivy, while Hippocrates used it to manage wounds.

SEE ALSO:  Lidocaine vs Amiodarone - Comparison of Side Effects & Benefits

ACV has strong natural antibacterial, anti-inflammatory, and anti-fungal properties which enhance the immune system. In addition, ACV can help to loosen the phlegm in your chest, which will relieve the congestion and make you breathe better.

You may consume this water daily.

Other natural treatments for bronchitis:

During a bronchitis attack, you should have a hot bath with Epsom salts every night. Remain immersed in this water for half an hour.

This should offer some relief from coughing and congestion which usually gets worse during the night.

The expectorant effect of onions helps dissolve phlegm and mucus, hence, providing relief from bronchitis. You can consume onions, especially in salads.

At the same time, you can intake in the form of juice combined with other vegetables.

It works as a mild natural antibiotic and helps your body get rid of the mucus, which, when stagnant, can become the breeding ground for harmful bacteria that may cause infection.

It helps in treating diseases or infections of the circulatory, respiratory, and digestive systems.

To use turmeric for bronchitis, take 1/2 tablespoon of turmeric in half a glass of water on an empty stomach, three times per day.

It was used in traditional medicine for centuries to treat respiratory and chest conditions, including bronchitis, coughs, and chest congestion due to its content of potent volatile oil components.

Research has concluded that sesame seeds contain bioactive compounds – called phenols, that may be responsible for their strong antimicrobial properties.

Eucalyptus essential oil removes and softens the mucous from the airways while providing an antibacterial punch that cannot be beaten.

Just put ten drops of eucalyptus essential oil in a pot of boiling water and inhale for a few minutes.

The immune-boosting and anti-inflammatory properties present in ginger help relieve inflamed, irritated, or swollen bronchial tubes. You can use 1/2 teaspoon ginger, cinnamon, and ground cloves and steep in 1 cup of boiling water and drink in the morning.