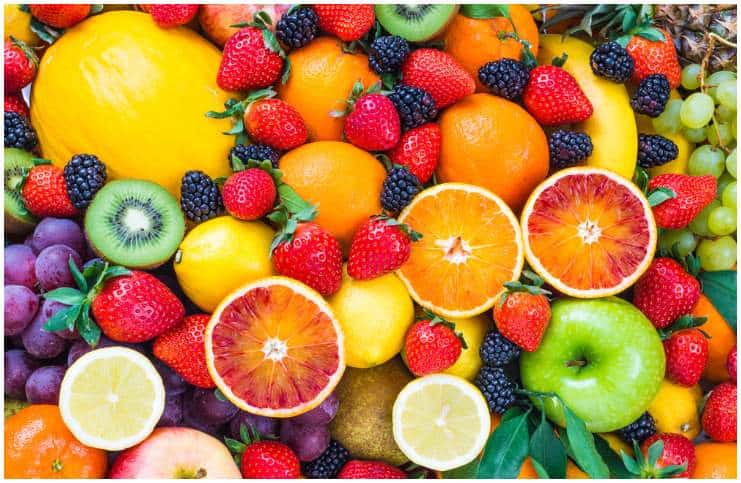 Mic is a science writer and vlogger on YouTube, since Jul 25th, 2015. His channel is a mixture of humorous and scientific coverage and of the animal, health, and environmental gains of a vegan diet with an emphasis on dispelling myths that perpetuate the idea that we require animal products to thrive.

Mic’s goal is to bust myths about veganism and make vegan lifestyle easier through videos.

His channel has over 29 million views and more than 321,000 subscribers.

The most popular video on his channel is titled – ”How Your Body Transforms On A Vegan Diet.” The video was published on Dec 28, 2016, and it has more than 1.7 million views.

NutritionFacts.org is run by Dr. Michael Greger and it is the only nonprofit, non-commercial, science-based YouTube channel to provide free updates on the latest in evidence-based nutrition.

On this amazing channel, there are more than 2,000 videos on health topics with new videos uploaded almost daily. It was created on Dec 12, 2010, and it has over 490,000 subscribers.

According to Dr. Michael Greger:

”The goal of this channel is to present you and your doctor with the results of the latest in peer-reviewed nutrition and health research, presented in a way that is easy to understand.”

In addition, he is a founding member and Fellow of the American College of Lifestyle Medicine, and he is licensed as a general practitioner specializing in clinical nutrition. Dr. Greger graduated from the Tufts University School of Medicine and Cornell University School of Agriculture.

SEE ALSO:  Oxybutynin vs Vesicare – Comparison of Uses & Side Effects

The most popular video on the channel is titled – ”Uprooting the Leading Causes of Death.” The video has more than 1.72 million views, and it was published on Jul 26, 2012.

This is a top vegan news channel, which brings you the latest news about ethical consumerism, animal rights, plant-based food trends and more.

The channel is run by Klaus Mitchell. He has had a number of writing roles, including authoring an article published in the journal of Public Health Nutrition, which explored the effect of diet on different health markers. It was created on Apr 10, 2015 and it has over 296,000 subscribers.

Klaus Mitchell’s background as a scientist underpins his thorough approach that has helped make his YouTube channel what it is today.

This is a vegan channel by Anji Bee and Ryan Lum, which are on their vegan journey to fitness, health, and happiness. It was created on Apr 4, 2013 and has more than 216,000 subscribers.

The most popular video on the channel is entitled – ”Bananas: Most Dangerous Fruit In The World.” The video has more than 5 million views, and it was published on Mar 31, 2016.

Kristina has been 100 percent raw for over 9 years and is a pioneer in the local, organic food co-operative movement.

The most popular video on the channel is titled – ”My Watermelon Juice Secret!.” It was published on Jul 4, 2012, and it has over 3.8 million views.

Ralph Smart, according to his description, is a life coach, psychologist, counselor, author, alchemist, criminologist, educator, researcher, cinematographer, VFX Artist, and infinite being.

He was born in London. He enjoys nature and meeting people from all spectrums of life. He has traveled to five continents.

This channel is all about the creation of inspiring short films, educational videos, and powerful documentaries about activism and veganism.

The channel has over 74,000 subscribers and almost 5 million views. The most popular video on the channel is titled – ”What If We Milked Humans Instead Of Cows?.” It has over 1.2 million views, and it was published on Jul 1, 2016.

She is a New Zealand mamma who shares her adventures in child-raising, eating, and everyday life on her blog and youtube channel. Sarah began her YouTube channel on March 11, 2016.

Sarah has earned over 244,500 subscribers to her YouTube channel and 18 million views.

The most popular video on the channel is called – ”What my ONE year old VEGAN toddler and I eat in a day.” The video was published on May 17, 2016, and it has over 1.8 million views.

She is a vegan YouTuber who shares vegan fitness/workout and recipe tutorials on her self-titled channel. Tess also wrote a vegan recipe e-book called Vegan Made Simple.

It is a vegan channel with plenty of recipes which taste great, plus, they are healthy for you.